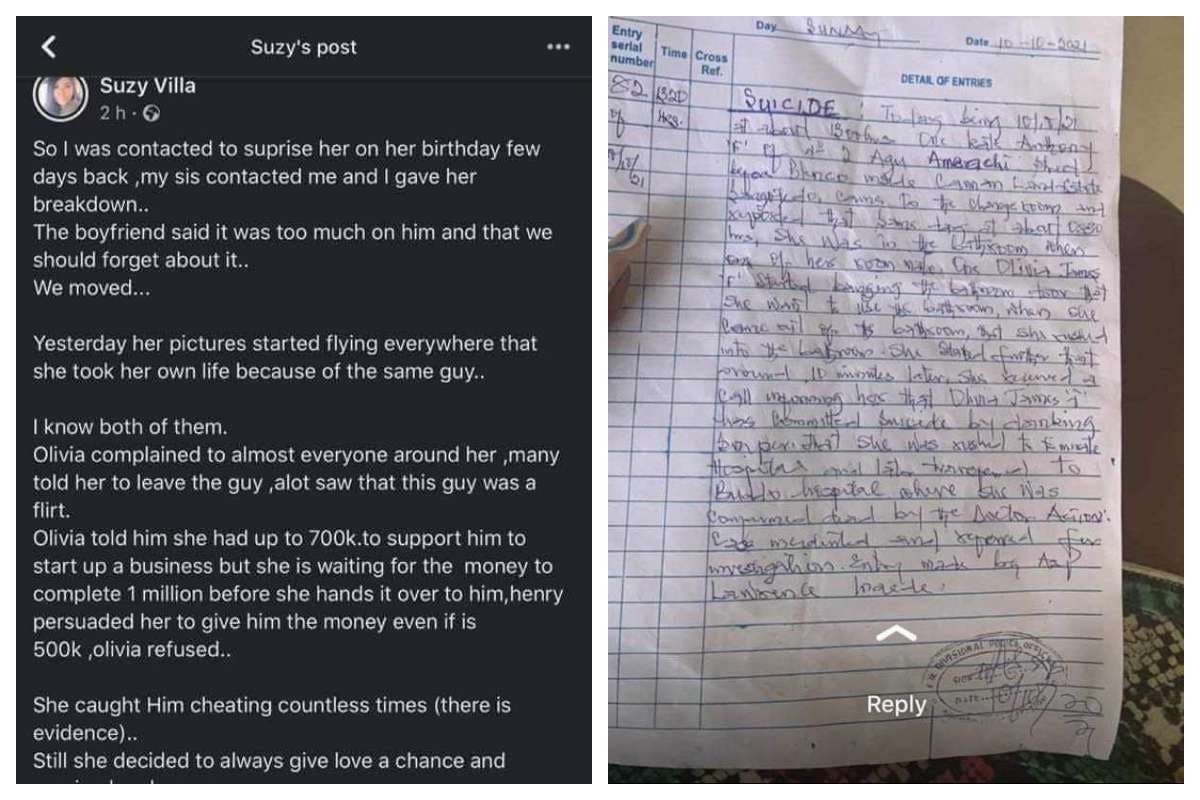 Tragedy struck in Akanu Ibiam Federal Polytechnic Unwana, Ebonyi State, as a young undergraduate allegedly committed suicide after she was dumped by her boyfriend.

According to social media reports, Olivia James, an undergraduate student of Library and Information Science (LIS) who combines her cake and small chops business with schooling, is said to have consumed sniper because her boyfriend left her days after she celebrated her birthday.

She was rushed to the hospital but was confirmed dead on arrival, according to reports shared online by her fellow students.

Before taking her life, she left one of her friends a message to inform her of her intention but the friend wasn’t online at the time and when she finally saw the message and they rushed to Olivia’s apartment, she had allegedly already taken sniper. 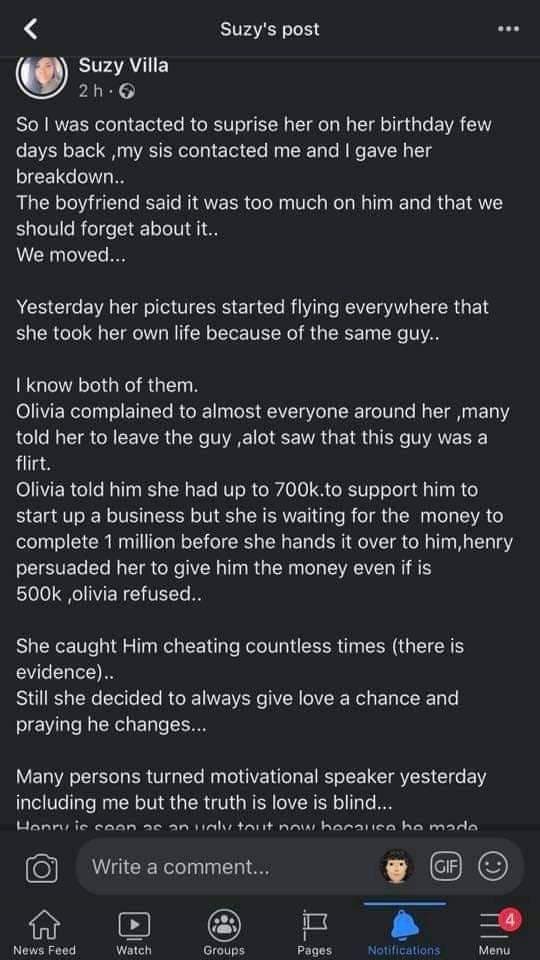 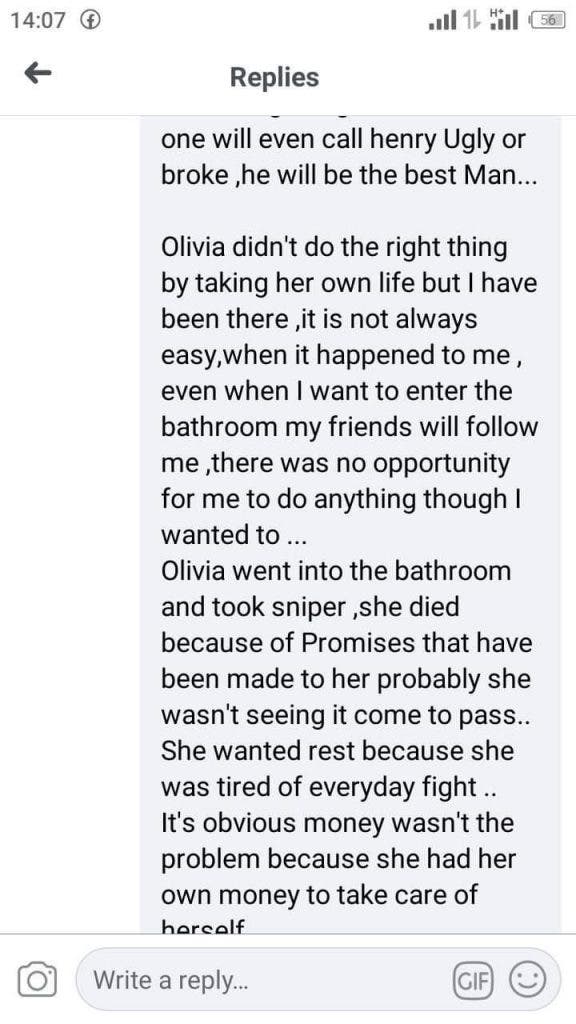 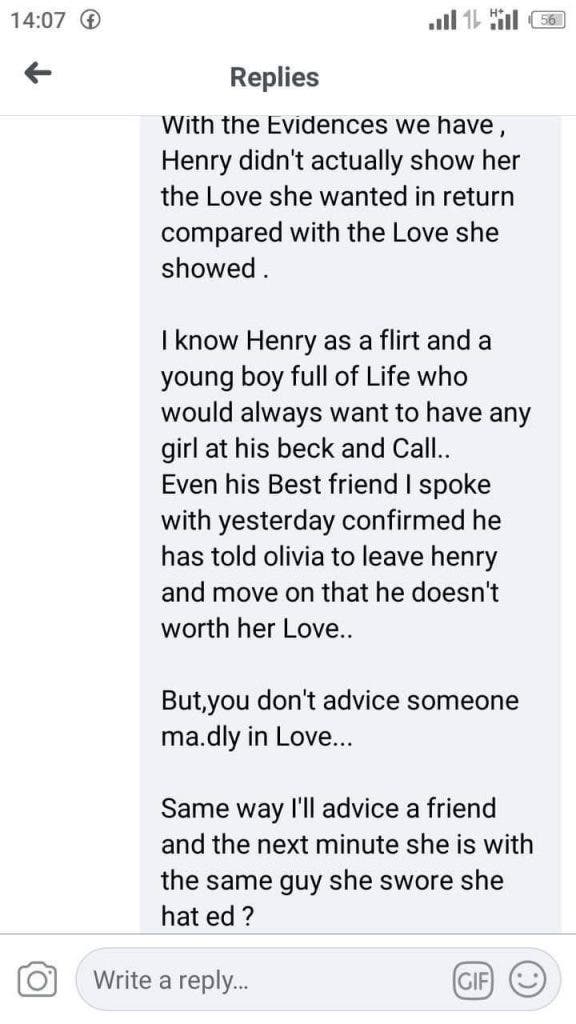 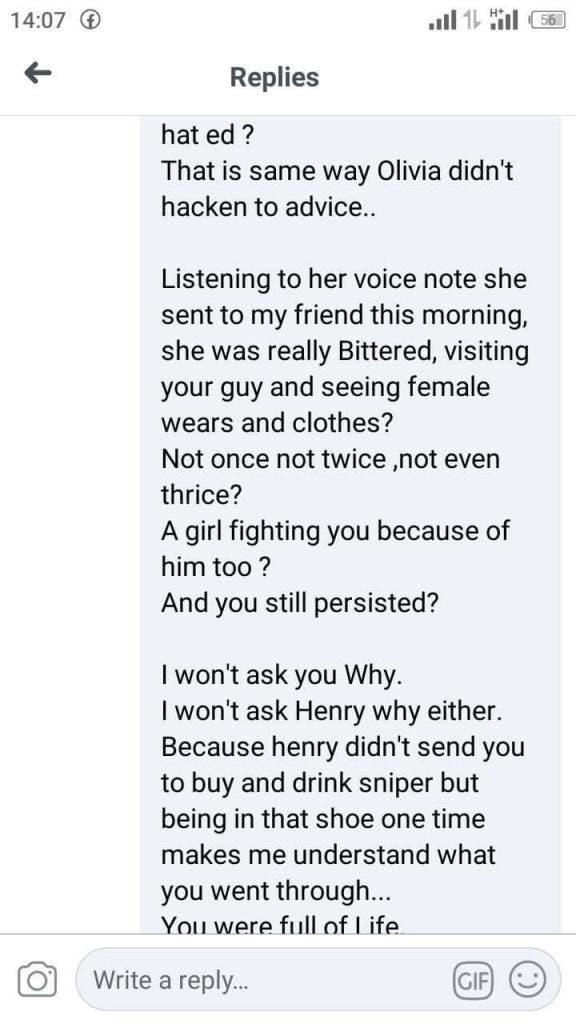