A 20-year-old lady identified as Crystal Melanie, has shown off her array of expensive phones in a video which is circulating on social media.

The young lady claims to be an owner of five iPhones of different colours and model. In the video, she showed off her face and the phones which range from iPhone 11 to iPhone 13.

The short video sparked reactions from netizens who described her as a clout chaser and some said they believe she would still be asking for money despite using expensive gadgets.

Also, there were doubts about her age as some found it hard believing that she is 20 years old. 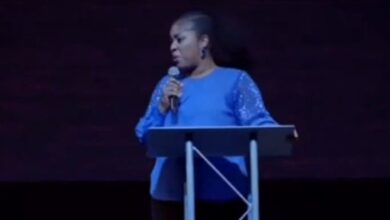