A video which has gone viral on social media shows the moment a mentally unstable woman stopped a truck from moving in Port Harcourt, Rivers state.

She stood in front of the truck and raised her hand, forcing the driver to stop. The truck driver kept horning but she refused to move.

The strange scene attracted a crowd gathered who watched and recorded her in amazement.

A police van driving by even ha to stop when they could not understand the reason for the hold up and crowd that gathered. 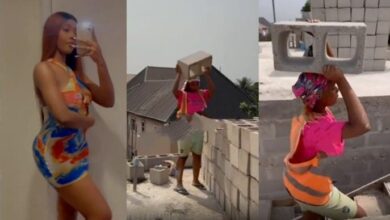 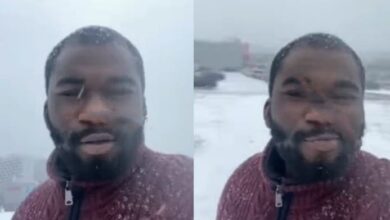 Nigerian man freezing in snow warns against coming to Europe 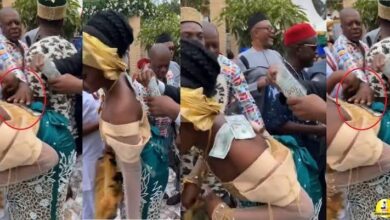 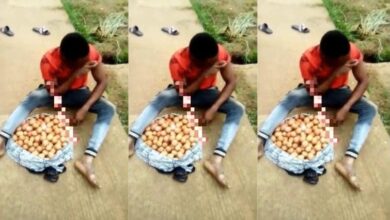