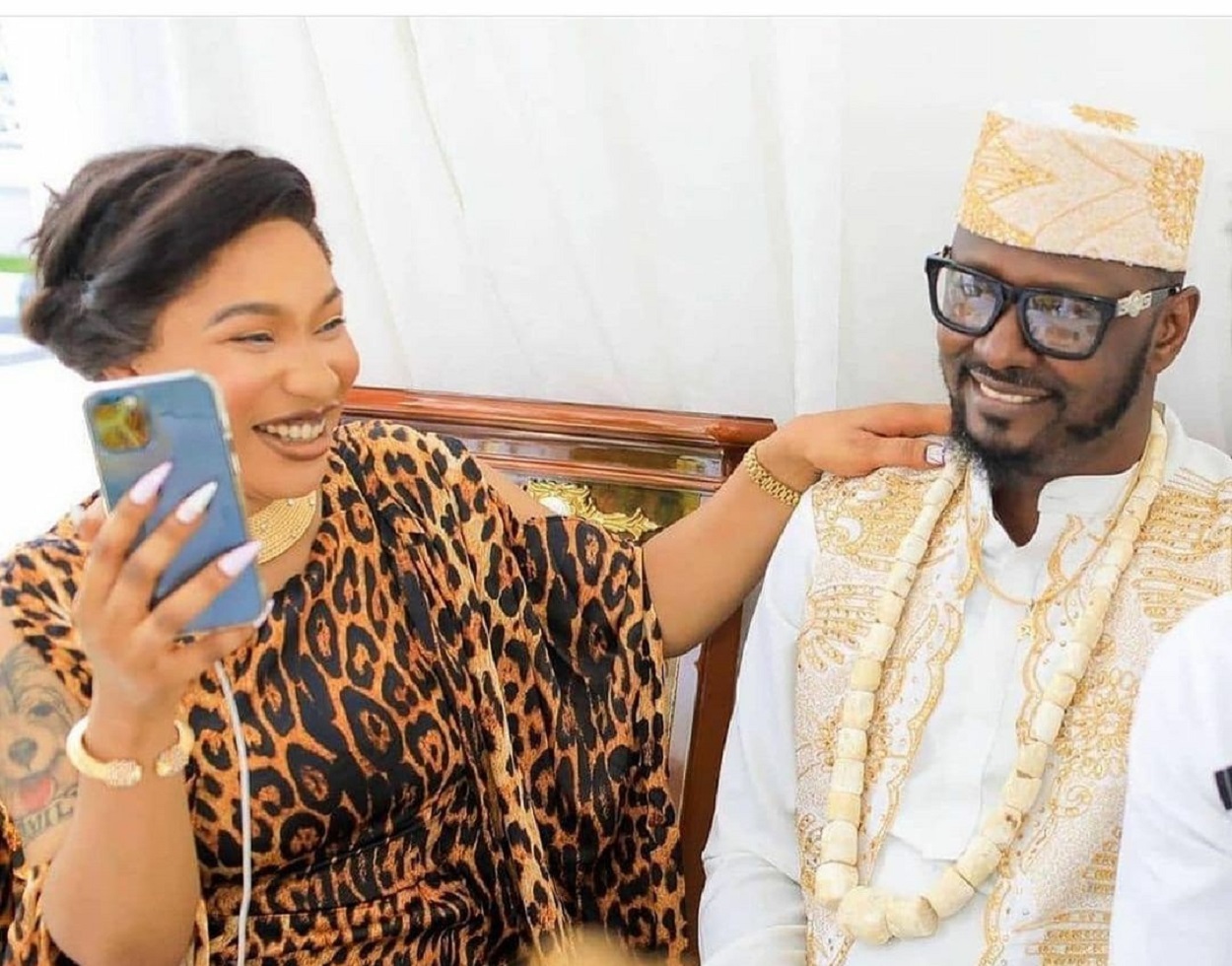 Tonto Dikeh‘s ex-lover, Prince Kpokpogri has allegedly been arrested and detained by the Nigerian police, according to multiple online reports.

A friend of the actress, Doris Ogala hinted at the arrest in an Instagram post she shared recently. Although she didn’t give names, she, however, stated that the person will be “sleeping with mosquito” till Wednesday October 20. Doris wrote;

God of Tonto has brought down fire. Till Wednesday

Journalist and former Presidential aide, Jackson Ude who then corroborated the arrest claim, mentioned Kpokpogri as the detainee. He wrote;

“DIG Joseph Egbunike has ordered the arrest and detention of Prince Kpokpogiri who is asking Tonto Dikeh to return his Lexus SUV after both lovers parted ways. Tonto is allegedly using her relationship with the Police DIG to “teach Kpokpogiri a lesson” for messing with her.” 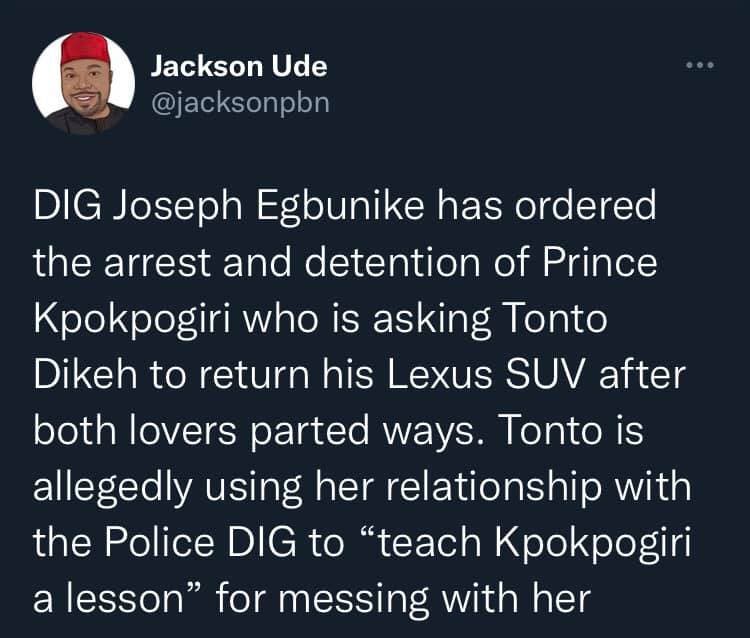