Nigerian singer Tiwa Savage has advised her fans about the type of man they should be in a relationship with during one of her concerts.

The ‘Ife Wa Gbona’ crooner stated at her show in DMV that she wanted love, but she would like to date a man who also has enough money to match her wealth.

The single mother of one clarified while speaking directly to event goers that she was not encouraging ladies to do ‘runs’ or go after a man because of his money.

Tiwa Savage noted that it is sweet when ladies spend their partners’ money. She further added that after all, men will end up breaking ladies’ hearts, and it is better to cry in luxurious items than to weep as a broke lady.

In her words; “I want love, yes, but I also want money. I’m not encouraging runs, I’m not saying you should just go after a man for his money, but I’m saying that it is sweet when you also spend their money. Because I have my own money as you can see, so all I’m saying is you need to match my energy.”

“Because they will still break your heart anyway. It is better for you to cry in…” 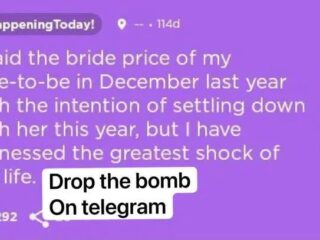