Fans of Liquorose, former Bbnaija housemate, have reacted as Angela Summer Namubiru, a young Ugandan model, dancer, and singer who was a member of the City Rock Entertainment was announced today as the winner of the E Entertainment Africa Social Star Of The Year 2023. Liquorose was declared the first runner up. 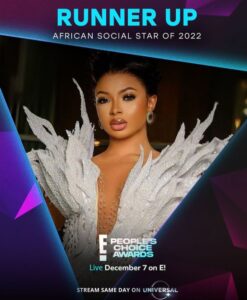 Angela Summer has a huge fanbase on tiktok. She currently has 5.2 million followers. 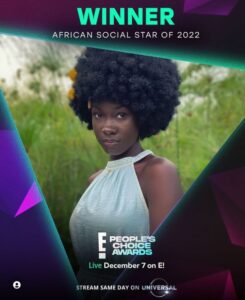 Some comments on social media reads:

We all saw the efforts
Just on twitter she won hands down
The others were barely getting twitter votes and y’all just wanna tell me whe didn’t win the award ?
This is more than [email protected], it’s witchcraft

We all know it’s a lie sha Lions went all out we had no competition, even the tags says so on twitter

Hey this is not our results, this is fucking cheating and its so unfair, I don’t know there is insincerity in international awards too, I’m highly disappointed in u guys

This is so painful sha!’ Cos I knew how lions went hard for this award! The winner didn’t even know how to vote, she was busy quoting lions tweets on twitter!! I’m sure since you started this award, you’ve never seen lions voting style before, people did street voting, rented phones!! Lions voted the bbnaija way! Go through the tag on twitter, it has Liquorose over it… no other contestant!! Hmmm! Why allow us vote when you know it can be bought? Hmmm!!… it is well

How is she not the winner???? The only one who trended the whole voting period

@eentertainmentafrica what you said from your mouth no fit make sense, liars and cheats, they tell you that people across Africa didn’t vote for liquorose

We all saw the energy we all puts,you people know your cheated on rose and gave it to someone who’s also a cheat,retweeting our tweets.You people saw all that and you choose to ignored all that.We all know rose is the winner,God will judge you people,it will be bettter for you cheating people.If you like delete our comments because the guilt is written all over you.God will judge you people

How is Liquorose the runner up and not the winner? Didn’t see any other contestant trending on Twitter for this award except Liquorose and we voted so hard for her daily on the website too. I really don’t understand

Bella’s sister, Sandra Okagbue Subtly Confirms Marriage To Babydaddy Flavour As She Shares Photo Of Them In Matching Outfits