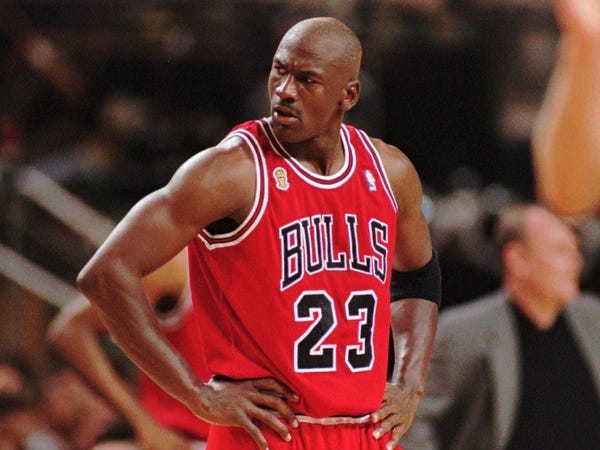 A pair of sneakers worn by NBA superstar Michael Jordan early in his career sold for nearly $1.5 million on Sunday, setting a record price at auction for game-worn footwear.

The white leather shoes with the red Nike swoosh and soles were worn by the iconic player in the fifth game of his rookie season with the Chicago Bulls against the Denver Nuggets in 1984.

The AirShip shoe that served as the genesis for the Air Jordan series was designed by Bruce Kilgore and originally released in 1984, and it was the first sneaker worn by Jordan as an NBA professional.

See photos of the sneakers below…. 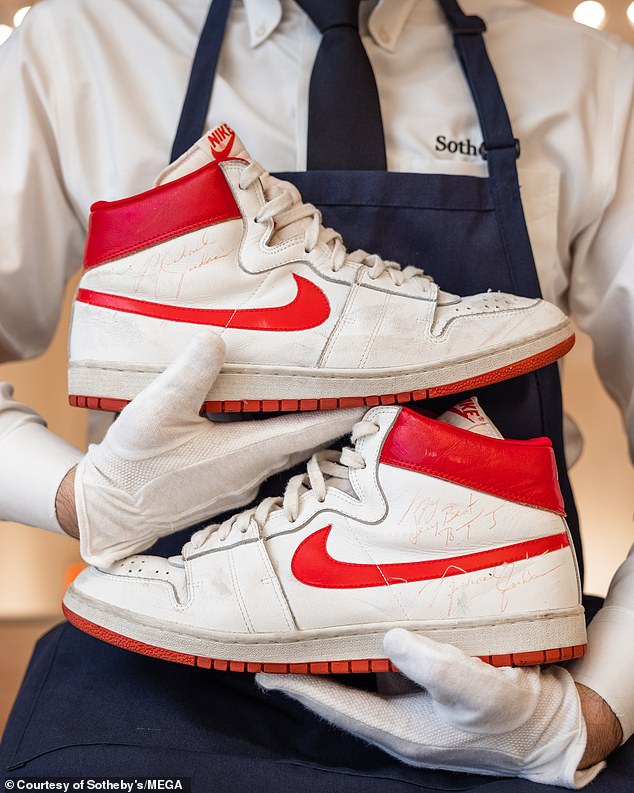 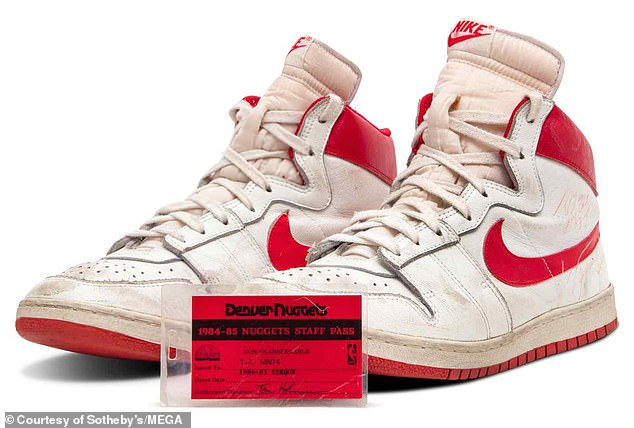