Popular hip hop star, Harrysong has been released from custody.

This is coming after he tendered an apology to his colleague, Soso Berekon after accusing him of attempted murder and Soso accepted his apology promising to bring down the charges he has against him.

It could be recalled that few weeks ago in a recent interview with Frankly speaking Podcast, Harrysong accused his colleague, Soso Berekon of sending hire killers to kill him during his show in Port Harcourt.

Soso Berekon took the matter up and this led to Harrysong arrest yesterday.

Harrysong was arrested yesterday after he landed in Lagos.

Few minutes ago, Harry song annouced he has been released from custody.

“Details of our agreement and settlement live on my Instagram,11pm tonight”. 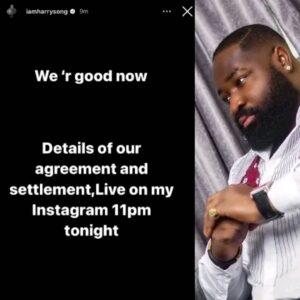 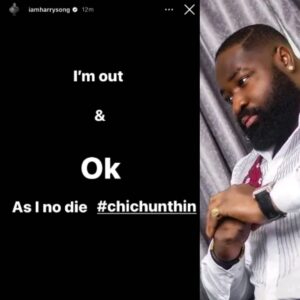 “Rico Swavey Is On Life Support”- Management Opens Up About His Health Condition, Appeals For Prayers For Him