Gbemi Beauty, an ex girlfriend to Big Brother Naija level up housemate, Shegzz has finally cleared the air about what transpired between her and Shegzz in the course of their relationship. 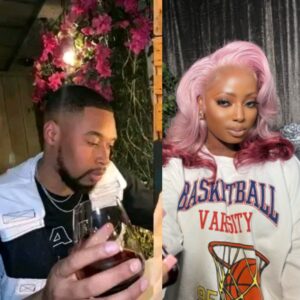 Narrating the experience, she said that she had been receiving a lot of Negative messages in her DM’S even to the extent it led to a death threat on her life.

She also cleared air about the video going round on social media of her calling Shegzz an abuser,  stating it was an old Video that suddenly went viral again.

“I have kept quiet all these while because i thought this will all lie down “.

“I have moved on with my life, am at peace and in a better place mentally”..

“However, one thing I will not allow is to let people come for my bag “.

“You have called me all sort of names, sent me death threats and rained numerous curses on me , over a situation that is true and 100 percent facts”.

“I have nothing to do with the video resurfacing and the unwarranted harassment is still going on”.

“We dated on and off between 2019_2021. During the relationship, he was mentally and verbally , abusive, narcissistic, very manipulative, over bearing and the list goes on”.

“The video circulating was posted in November 2020 after my leg injury, when we had broken up “.

“Segun had gone into the Big Brother Naija House with no outside communication or phone”.

“Suddenly, he knew a video about him linked to abuse would surface, how did he know there could be a video circulating about him?”.

“All i am going to say is anyone who has common sense would be able to see Segun live and direct for who he is , from watching the show irrespective of my video”.

“Is he the first to have tattoos and piercings? Lol boy bye boy”.

“I will tell you this too. Everything Shegzz was saying to Bella is everything he also said to me”..

“I don’t know if he has a book where he writes all these things but he became possessive and overbearing and I had no breathing space”..

“He was with me 24/7 unless he had to go for training for his fake football career “.

“He would do some sweet gestures here and there which made our relationship make “better” than the previous ( bring me around his friends, buy me flowers, stay on phone for hours, idolising me to his friends)”.

“He has definitely mastered the love of bombing and manipulating women”..

“He says things that a woman would like to hear… it was almost like I was watching myself through her based on everything he was saying to her”.

“To my friends who questioned me as to why I got back to him…I made everything seem perfect.. protect, defended him and tried to prove to them that I made the right choice by getting back with him and that he was not the same person he was in the first relationship”.

“He would tell me he cannot marry me because of how i react on what he says”.

“I am not saying i am perfect but i gave 100% all to do to save that relationship from hell “.

“I was told I was not patient enough, I was temperamental I said no ! no way that could never happen”..

“This is where it gets interesting.. He goes ahead telling me he’s going for BBN and that his family and friends told him not to worry….

,”If you watched the video not once did I mention that Segun pushed me down
to the stairs?”.

“i was scared and running
fast that’s when I missed a step and fell down 7 flights of stairs”.

“He knew the original video had been taken down since 2021 when we got back together because of course,
someone from his camp got it circulating again”.

“Also, what does an abusive man looks like ? Since he said he fits the profile with tattoos and piercings because it was clear to me he went on there to try to change the narrative”.

“He was clearly given a script to go hence why his family and friends must have told him not to tell me……”.

“Segun is over calculated and tactical, I will give him that”.

“The second relationship was not as bad as the first but was still very much toixic, I believe this was due to the glue of my leg and this resulted my leg broken”..

“We then unfortunately reconciled at the start of 2021 so i took the video down”.

“If the video i made was a lie then why did he get back to me “.

“I would ask for peace as he basically moved In with me and he would turn around and compare our relationship to other people’s own trying to gas light me”.

“He would tell me i don’t know how to…… what it means to be in a serious relationship and tell me “do other couples and not live together”.

“We argued a lot which became exhausting and draining”..

“He was still verbally abusive, manipulative and insecure”..

“Always accused me of speaking with guys on my socials and he wanted me with him 24/7 and anytime I reacted to this he would say ;

“It was like you wanted revenge for me posting and speaking my truth”.

“We would always talk about the past and he would bring up the video to the point I had to ask him “did you get back with me so that I can clear your name?”.

“Are you expecting me to sit down and make another video?”.. You are a witch dealing with horrible….. because here I was trying to leave all the negativity in the past and start afresh when i got back together with him, but no it was toxic”.

“I am not going into details as to what happened between us and what didn’t “.

“Everything Segun does is for his own selfish interest and i am thankful to be free from that relationship from hell .I have no idea, but I feel liberated”.

“I was optimistic thinking after everything that happened in the past there was hope for him changing and doing things different this time around”.

“Yes I still loved him ( naive and stupid)”.

“He would talk down at me and make certain statements such as ;

“And within an hour, this video is everywhere and i sm tagged to it left right center and my phone is going off non stop “.

“I watched the show when it first started and I was disgusted and I could not rate what I was seeing”.

“Nothing or no one can bring me down”.

“I broke up with him officially in November 21 and he was trying different tactics to get me back during his stay in Nigeria between December 2021 and March 2022”.

“I was even getting annoyed for him thinking can people just let this be and judge him based on the show and not on the video, as we all deserve second chance and we all make mistakes”.

‘i then realized this was just a strategy because how he was gone into the house”.

” I stupidly sent him message as I was in vulnerable state because I have been healing from the situation”.

“Segun later called me and kept apologizing for everything and even try to impose that we should come back”.

“”Anyways, I don’t care for the situation any longer”.

“Please with a due respect stop messaging me about it and I am not going to reply it “..

“This is the one and only time I would be addressing things like this”.

“I am done and this have been done “.

“Good luck to him and his future”.

“He said I was rude , I was disrespectful, I didn’t fit into criteria so I started to look upon myself and said okay let’s try things different”.

“I tried to be calmer during arguments but things always get escalated because of him therefore I knew I was not the problem but all of this didn’t mean shit to me because the abuse was still going on close doors, it was just well hidden”.

“The friends that knew me well enough knew I was not myself”.

“I became timid and a whole person changing into his “ideal Woman”.

“The next day he goes on BBN and In less than an hour of him being in the house, a reaction video to the video I made in 2020 started circulating all over social media”.