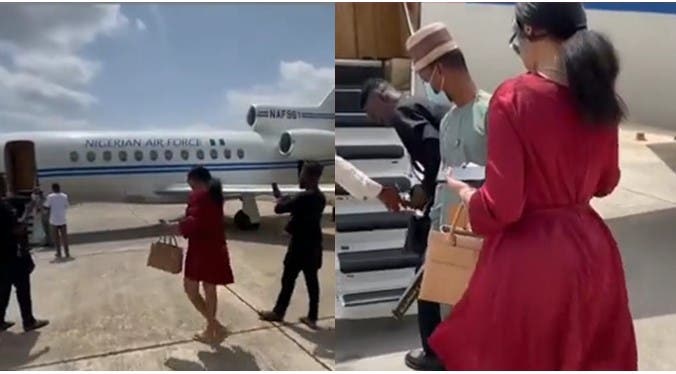 A Nigerian politician has allegedly used a Nigerian Air Force jet to fly his girlfriend to an unknown destination.

According to SaharaReporters, the girlfriend has been identified as Sara Abdul, an Abuja-based philanthropist. However, the said ”Big Man’s identity was not revealed.

In a video posted by the publication, the lady could be seen boarding the alleged Air Force jet alongside some other yet-to-be-identified persons.

The clip has evoked a series of reactions from many who say that if true, the action is condemnable.