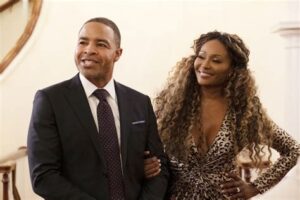 The couple confirmed the split in a statement on Wednesday, October 12.

“LOVE is a beautiful thing. While we both will always have love for one another, we have decided to go our separate ways,” they shared in an exclusive joint statement.

“No one is to blame, and we are grateful that we remain good friends. We will always cherish the many memories we’ve shared together as husband and wife. Many of you have been on this journey with us from the very beginning, and we appreciate our family, friends and beloved fans for your positive support as we move forward and start new chapters. Thank you for your prayers and well wishes!” 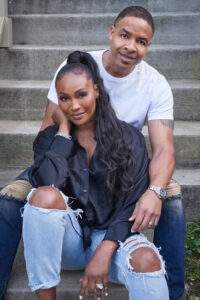 ET, reporting about Bailey’s split from her husband said;

“Cynthia and Mike have been having issues for a while and tried working on things but weren’t able to come to a resolution. The two have been busy with work and it wasn’t easy on their relationship.”

Bailey and Hill first became romantically linked in late 2018 after Bailey’s divorce from her first husband, Peter Thomas, in 2016. Shortly after she confirmed her relationship with Hill, Bailey told Bravo, “If I can’t make it with Mike Hill, then I’m just meant to be single for the rest of my life.”

The two became engaged in 2018 and were married in October 2020. The wedding in Acworth, Georgia, a celebration with 250 guests, was part of Bailey’s sendoff season of RHOA after she announced her departure from the show the following year.

Bailey officially announced her departure from RHOA after 11 seasons with the franchise less than a year later. “Honestly, I have had a good run. It has been 11 years, and it was just time, and I think not only was it time, it was the right time,” she told ET’s Kevin Frazier in October 2021.

“Pete Davidson Fits In With The Family” – Kim Mother, Kris Jenner Says During New Episode Of The Kardashians