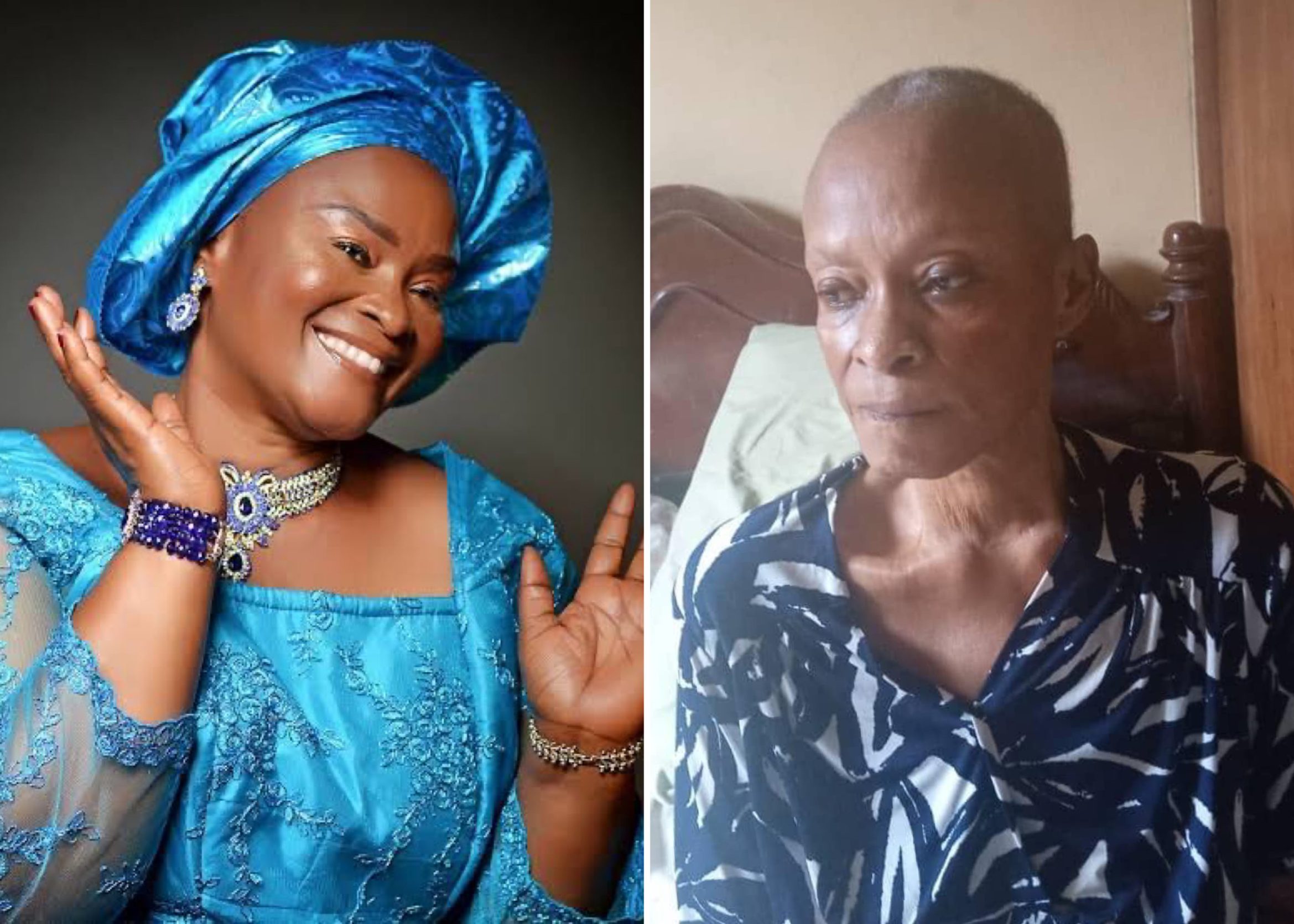 Nollywood actress, Ify Onwuemene, popular for her role in the sitcom ‘Everyday People’ alongside the late Sam Loco Efe, has died of cancer.

According to her colleague, Gloria Anozie-Young, the actress died on Tuesday after battling endometrial cancer during which her womb was removed.

Endometrial cancer is a type of cancer that begins in the lining of the womb (uterus). Cancer, which according to EMedicine is the most common female genital cancer in the world, mostly occurs in women after the age of 55.

It would be recalled that Ify back in 2020 sought financial assistance to pay for medical bills for her treatment.

Speaking about her colleague’s death via her Facebook page,  Anozie-Young said:

With a deep sense of loss but total submission to God Almighty, we regret to announce that Ify Onwuemene has gone to be with the Lord, Gloria wrote on Facebook

Ify Onwuemene was diagnosed with endometrial cancer, her womb was removed but she has been battling the ailment for many years now. In 2019, even after 8 sessions of chemotherapy, the doctors told her she had reached stage 4.

However, we are not sure if she was given the wrong diagnosis or being treated with the wrong chemo, because she still felt pains on her upper abdomen and her tummy bloated.

Ify spent more than 10million naira, being helped with donations by her fellow actors and other Nigerians. A Gofundme account was opened for her but it did not yield much.

She had to go for draining every two weeks at a cost of 280,000naira but only 3litres of liquid can be removed at a time so that her heart is not affected.

Ify has finally gone to rest, today 25th May 2021. May her soul rest in perfect peace. Amen.

Burial arrangements will be released by the family, Gloria wrote. 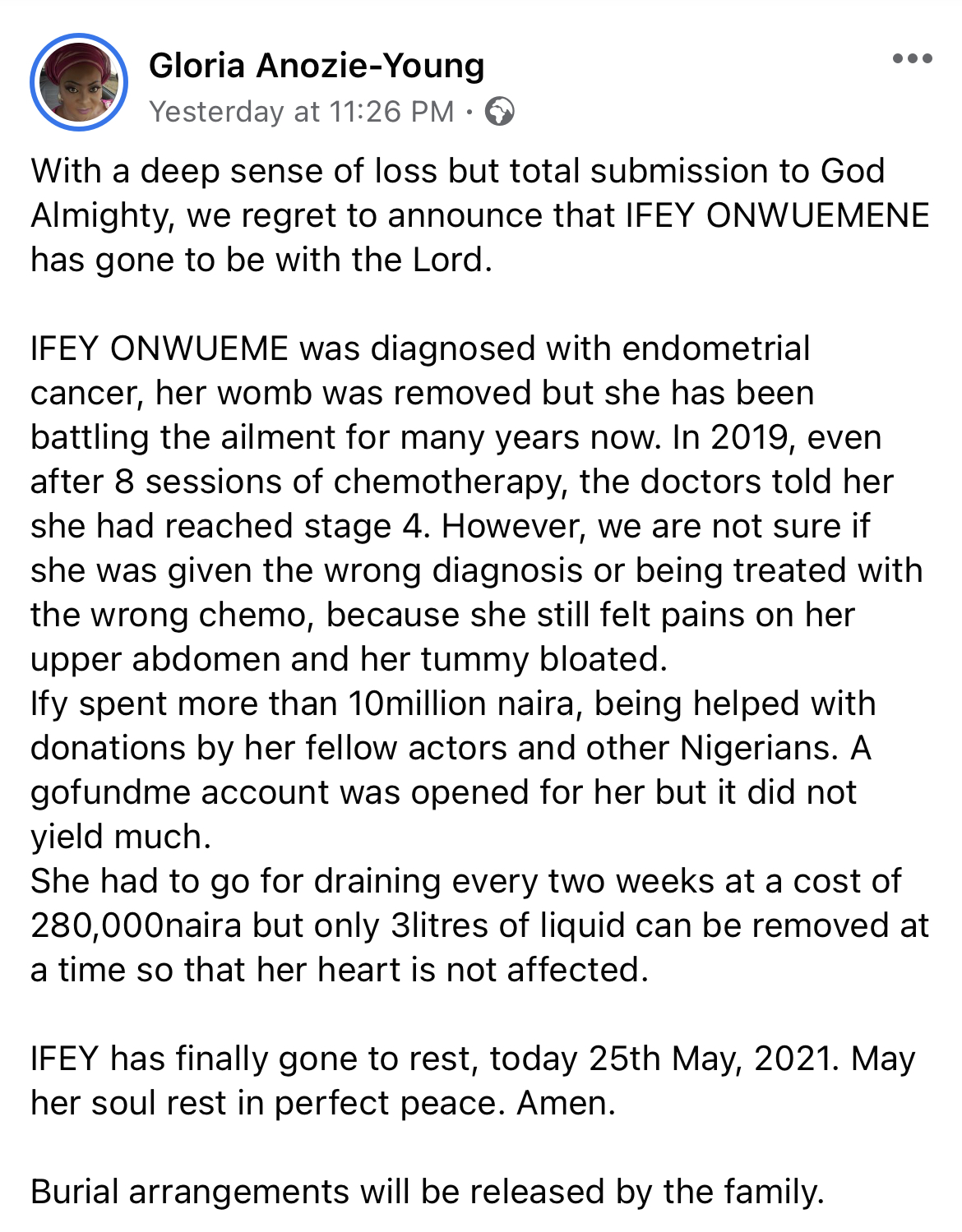