A suspected cultist, Ojo Akinola Iyanu was on October 26 arrested by men of Ogun state police command while allegedly trying to disrupt a school examination going on at Ogun State Institute of Technology Igbesa in Ado Odo Ota local government area of the state. 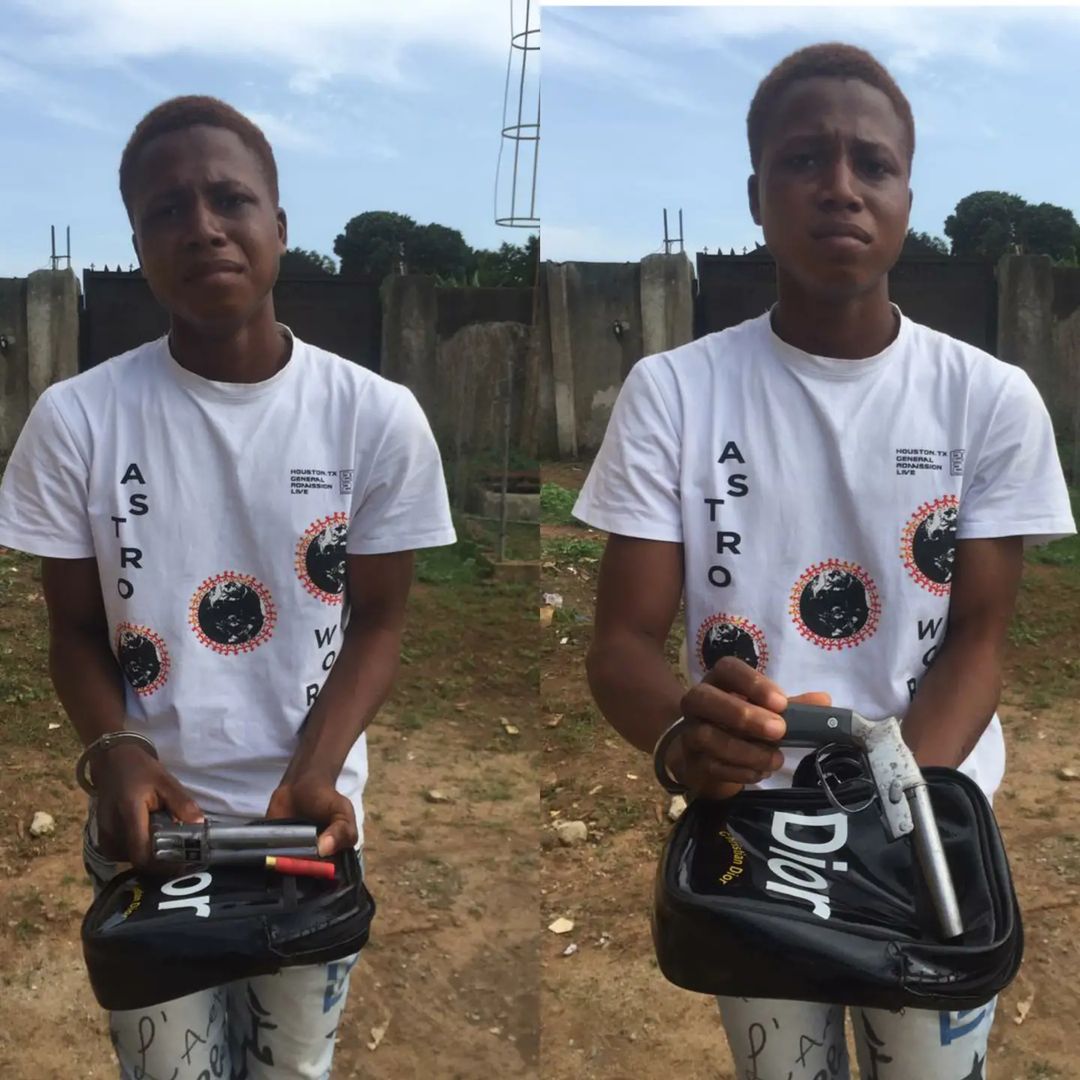 A statement by DSP Abimbola Oyeyemi, spokesperson of the state police command, says the suspect was arrested following credible intelligence gathered by the police that some students who belong to a cult group have concluded plans to disrupt the school examination which was rescheduled after the settlement of crisis between the school management and the students.

Upon the intelligence, the DPO Igbesa, SP Abayomi Adeniji, in collaboration with other security agencies such as NSDC, So safe Corps, and the polytechnic security department decided to properly screen all the students before coming to the examination hall right from the main gate.

While the screening was going on, the suspect and one other who was late identified as “Aloma” were intercepted with a black bag. While searching the bag, the second boy took to his heels while Ojo Akinola Iyanu was quickly arrested.

Recovered from the bag is one locally-made pistol loaded with one live cartridge.

On interrogation, he confessed to being a member of the dreaded “AYE” confraternity. He confessed further that, his group decided to disrupt the examination because the examination came suddenly and met them unprepared.” the statement in part read

Oyeyemi added that the state commissioner of police, CP Lanre Bankole, has ordered the immediate transfer of the suspect to state criminal investigation and intelligence department for discreet investigation. He also ordered that the remaining members of the group be hunted for and brought to book.