Prince Kpokpogri allegedly arrested lady who leaked his voicenote of his affair with Janemena.

Prince Kpokpogri, Tonto Dikeh’s ex-lover, is said to have arrested Merit Gold, the woman who leaked his voicenote regarding his affairs with Janemena.

Kpokpogri was dragged ruthlessly online months ago after a voicenote surfaced.

Kpokpogri disclosed his intimate encounters with married dancer Janemena in the voicenote, as well as dragging his ex, Tonto Dikeh.

Later, it was found that the woman who released the voicenote was Merit Gold, an actress with whom he had the chat.

Despite Kpokpogri’s earlier assertion that the voicenote was a forgery, his latest action against Merit Gold has proven him wrong.

the girl Na Kpokpogiri supplier and them Dey knack too, na she Dey supply Kpokpogiri all Asaba babes and married women,

Na she use style record the conversation but before you know it, the conversation fly from Merrit phone fiam, he fly reach Vawulence headquarters and we help them settle the whole matter once and for all😂😂😂 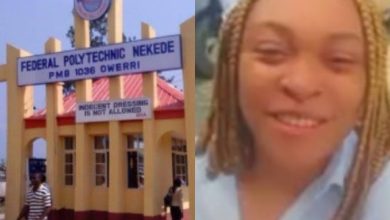