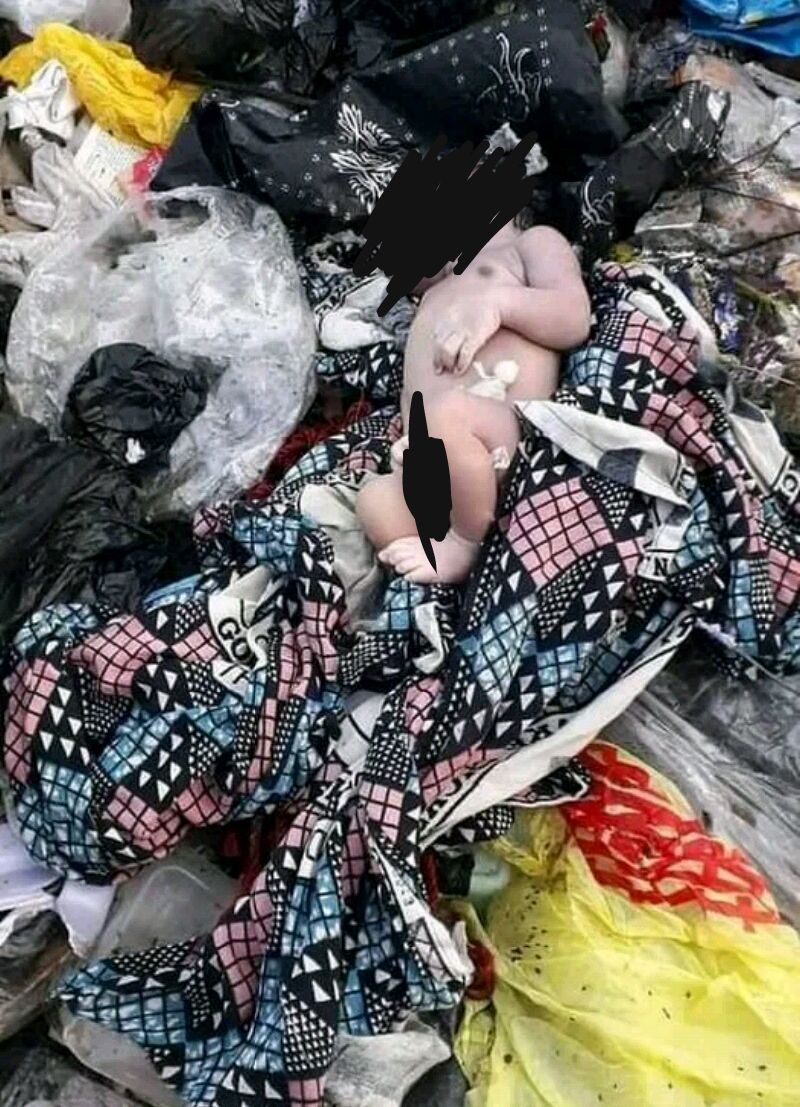 A newborn baby boy was on Saturday found at a refuse dump in Okaka area of Yenagoa, the Bayelsa State capital.

The baby was wrapped in African fabric and crying helplessly when it was discovered in the morning by some residents who came out to dump their refuse.

Residents believed that the baby might have been dumped there in the night.

The little baby was said to have stopped crying shortly after it was found, and he was confirmed dead. It drizzled all night in the community where the abandoned infant was found.

The spokesman for the State Police Command, Mr. Asinim Butswat, confirmed the incident, saying the Divisional Police Officer in charge of the area had visited the scene and had contacted the sanitation authority to evacuate the baby’s body.

Annie accuses her husband, 2face, of sharing the same house with his ex/babymama, Pero, during vacation.