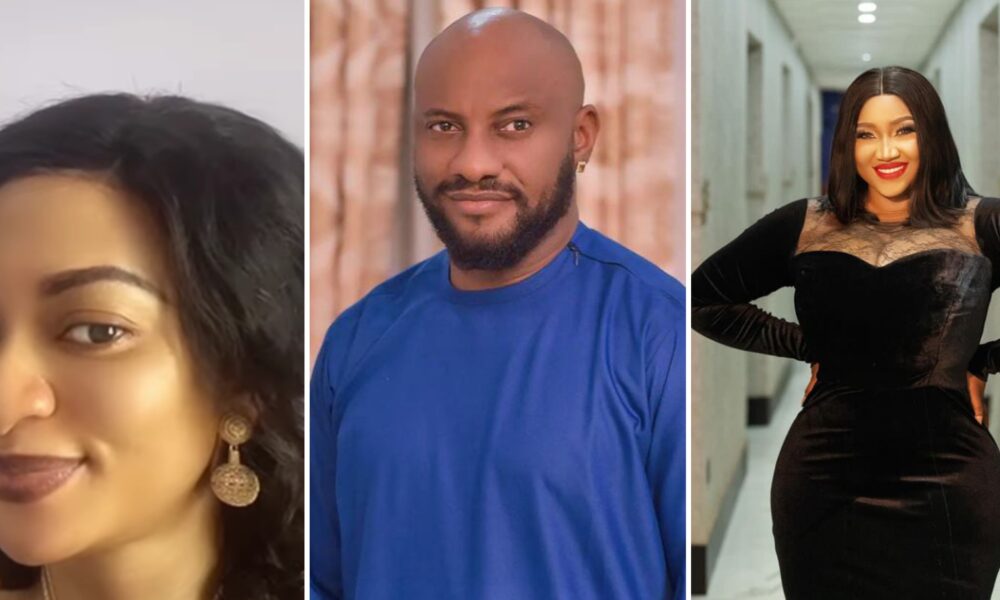 Veteran Nollywood Actor Yul Edochie has taken to his Twitter account make enquires on what the causes of kidney failure are.

He went on to ask when there are early detection signs and how it can be checked also laying emphasizes on young people also being affected by it.

In his words:
“Kidney failure has become rampant in our society today. Even young people in their 20’s are dying of it.
To our Doctors & medical practitioners in the house, please help.
What are the causes of kidney failure?
Are there early detection signs so it can be checked? “

However, replying to his tweets a netizen wrote:
“@YulEdochie
Don’t you know that the situation you put your family can cause kidney failure… You have the answer.”

Recall that actor had gotten married to a second wife Judy Austin, in secret despite already being married to the brand ambassador May Yul-Edochie and even had a son with her with out his family’s knowledge. 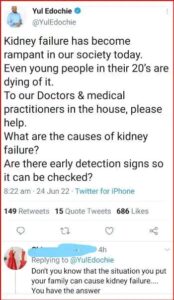 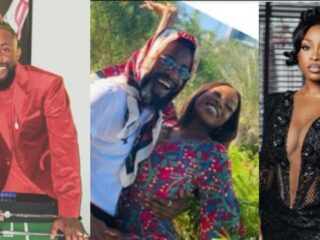 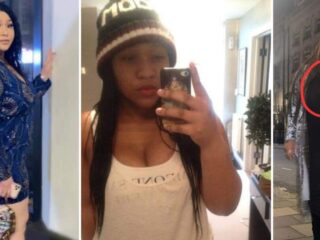 Meet the daughter of Ike Ekweremadu who needed kidney Transplant.
Leave a comment