One of the sons of the late Alaafin of Oyo, Oba Lamidi Adeyemi III, has said his father has reconciled with almost everybody he had differences with before his death.

Prince Akeem Adeyemi who is also a member of the House of Representatives, representing Afijio, Oyo East, Oyo West and Atiba Federal Constituency, said his father could have differences with anyone based on principle, but was able to reconcile with all of them before his death.

It is a pity we lost a man, who has given Oyo its true name, a man who has truly represent Yoruba culture, a symbol of Yoruba tradition.

“A man of epitome of knowledge and wisdom is gone; what can we do? we can’t query the Almighty God.

“We love him and we are celebrating a life well spent; the legacy he left behind is for us to always defend Yoruba and always say the truth, no matter whose ox is gored,” he said. 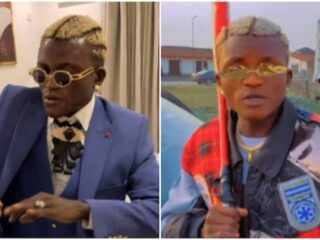 “Don’t use Android phone to camera me”
Leave a comment