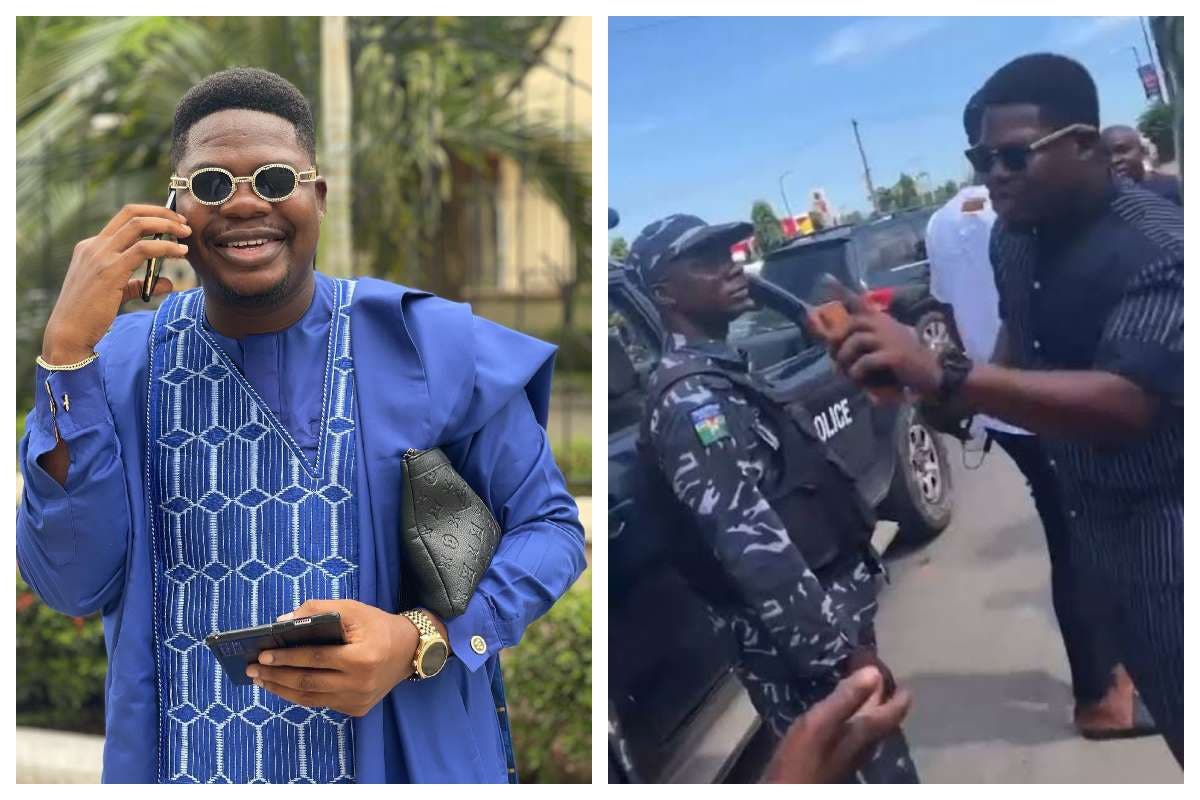 Comedian and content creator, Mr. Macaroni (Debo Adedayo), has been spotted in a viral video confronting policemen over their dealings with a young man.

The police officers allegedly extorted the sum of 30 thousand Naira from the young man.

In the video, a young man carrying dreadlocks and a backpack can be seen explaining to Mr. Macaroni that he was made to transfer N30,000 to an account by the officers.

Mr. Macaroni became quite furious over the fact that the people who are meant to uphold the law are the ones going against the law.

The comedian was heard telling people around to capture the police officers’ identities on the live session while he continued to blast them for their unlawful behavior.

The star was a key figure of the #EndSARS movement that climaxed with the Lekki Tollgate shootings.

Also, last Wednesday, which was the first anniversary of the infamous October 20, 2020 incident, saw Mr. Macaroni and other stars at Lekki Tollgate for a memorial.