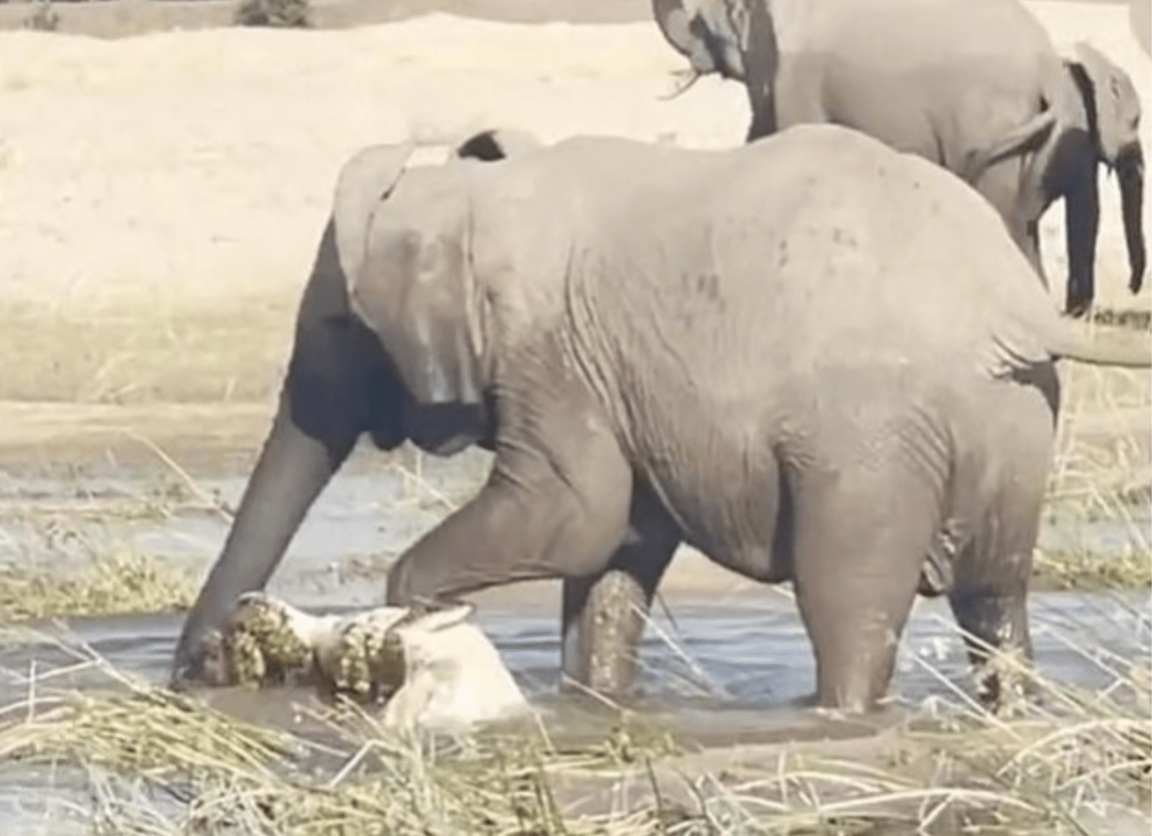 An enraged mother elephant has stamped a crocodile to death after it pursued her young from the Zambezi river’s shallows, according to disturbing footage.

The crocodile was viciously assaulted by a giant female African elephant in front of a safari party in Zambia.

While on safari with a group from the Baines River Camp in the Lower Zambezi Valley, tourist Hans Henrik Haahr captured the footage.

The elephant steps on the crocodile, which appears to be between eight and 10 feet long, in the harrowing video.

The elephant ruthlessly smashes the smaller predator while the crocodile writhes underneath.

After a minute, the elephant grips the crocodile’s tail and raises it off the ground. The crocodile does not resist, implying that it is already dead or fatally injured at this point.

The Safari Company, the Baines River Camp shared the video, on its Facebook page with the caption: ‘Guests witnessed this dramatic sighting unfold between two of Africa’s most feared mega-fauna.

‘Perhaps this was a revenge attack fueled by previous ambush attempts by many a crocodile on her young or the greater herd.

‘Whatever it was, this cow was here with one intention only. While this footage might be difficult to watch, it demonstrates just how raw and tough life is in the bush.’