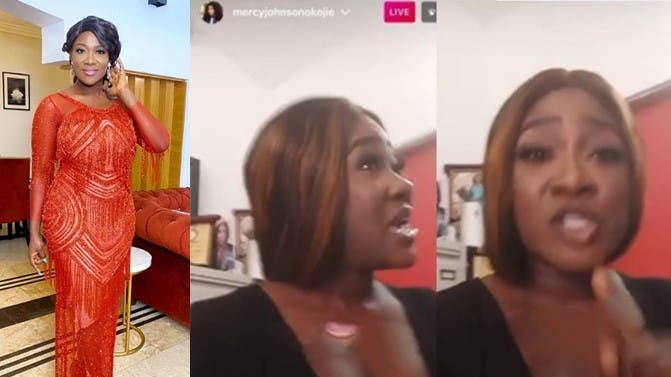 Nollywood movie star, Mercy Johnson on Friday, visited her daughter’s school to clear the air on allegations of bullying and using thugs to beat up a teacher.

The actress had earlier in a lengthy Instagram post disclosed that her 8-year-old child was being bullied by a teacher in her school.

Following her revelation, a lady who said she was present on the day of said bullying, explained that Mercy’s bullied and intimidated the teacher who disciplined her daughter.

According to the woman with username, @thenancychidera the actress allegedly called her husband who brought thugs to beat up the headteacher.

Mercy Johnson has now stormed the school to question the headteacher on whether she bullied or assaulted her, in a bid to set the record straight. She captured the moment in an Instagram live feed.

Watch the video below.

A post shared by The Tattle Room 🇳🇬 🌎 (@thetattleroomng)