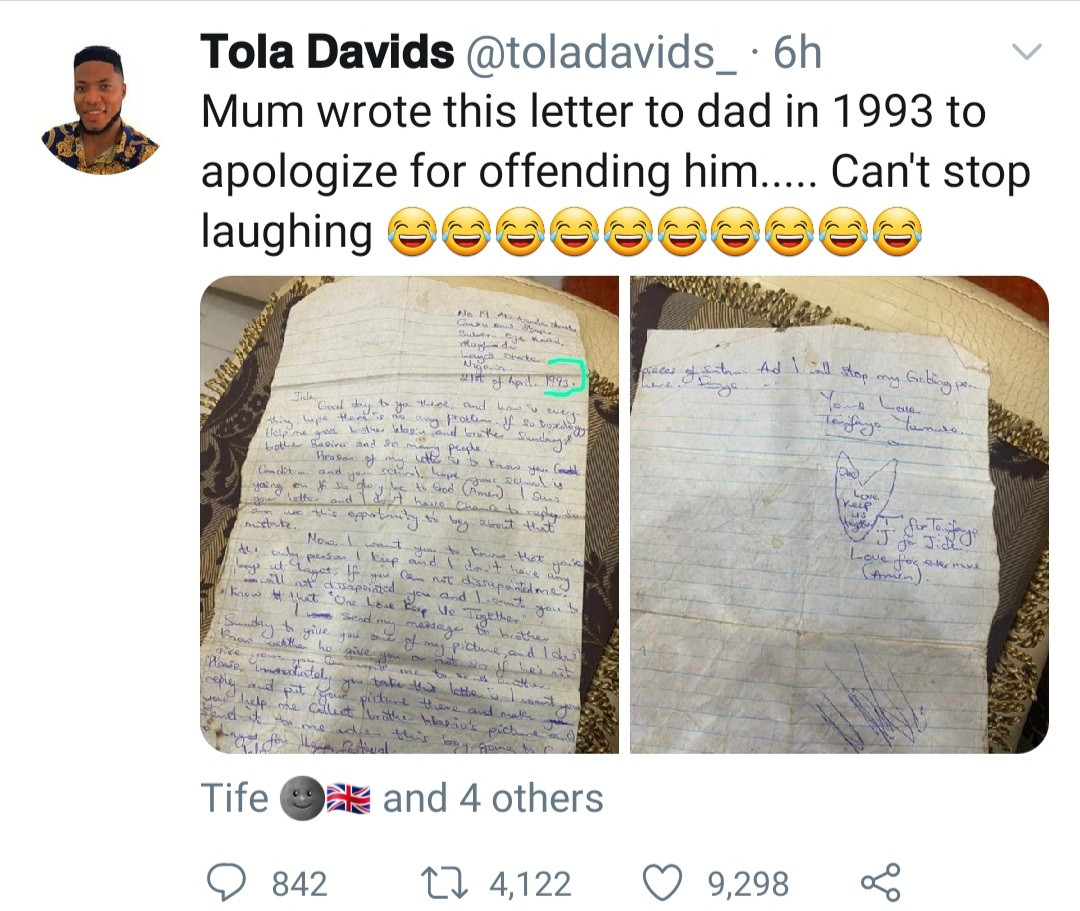 A Twitter user has shared photos of the letter his mother wrote to his father in 1993 to apologize for offending him.

In the letter, the woman is seen apologizing for not responding earlier to his letter.

However, the part of the letter that people found amusing was where she wrote: “One love keep us together.”

The boy's mother also promised the father not to disappoint him if he doesn't disappoint her.

See the letter below. 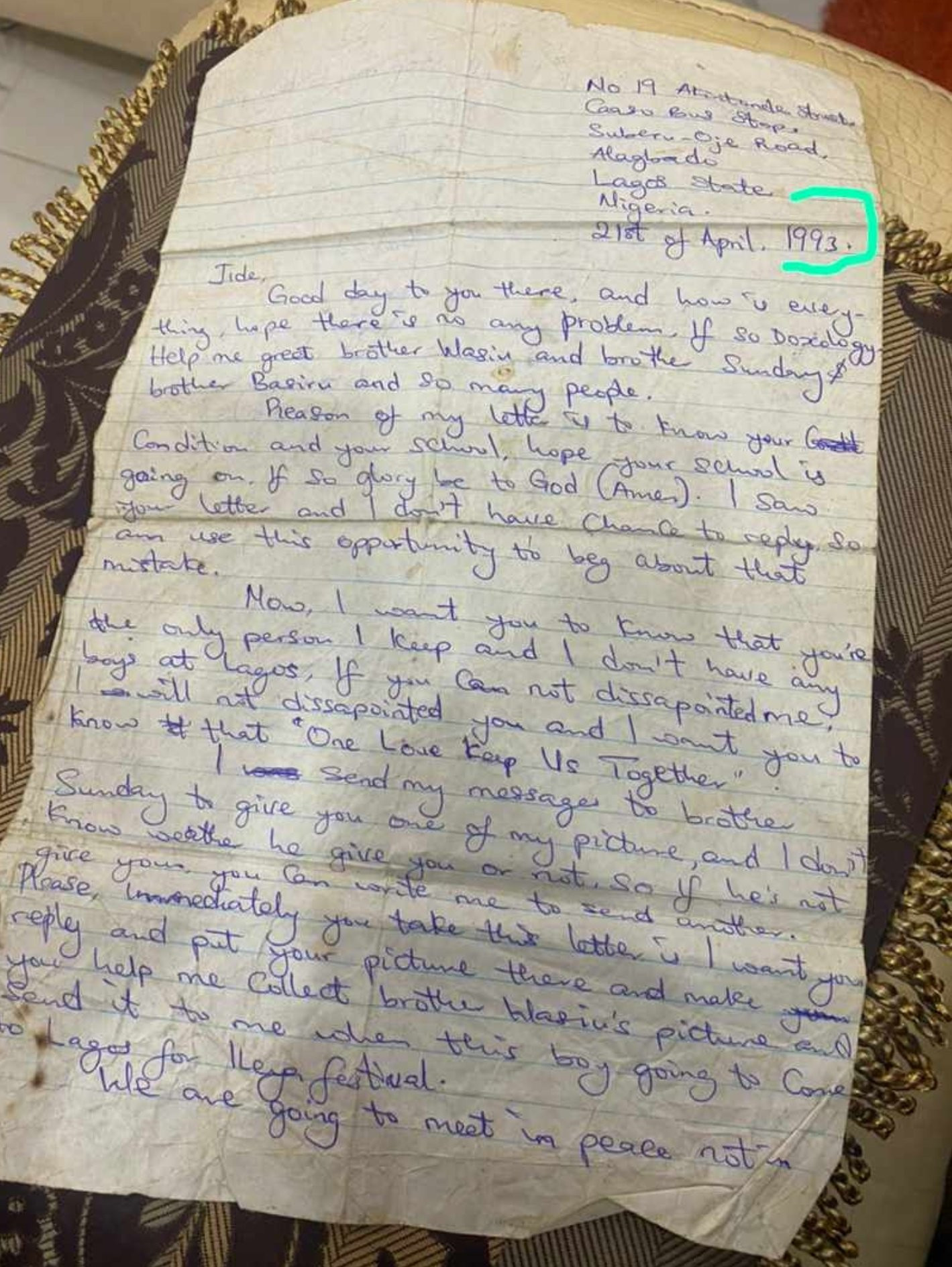 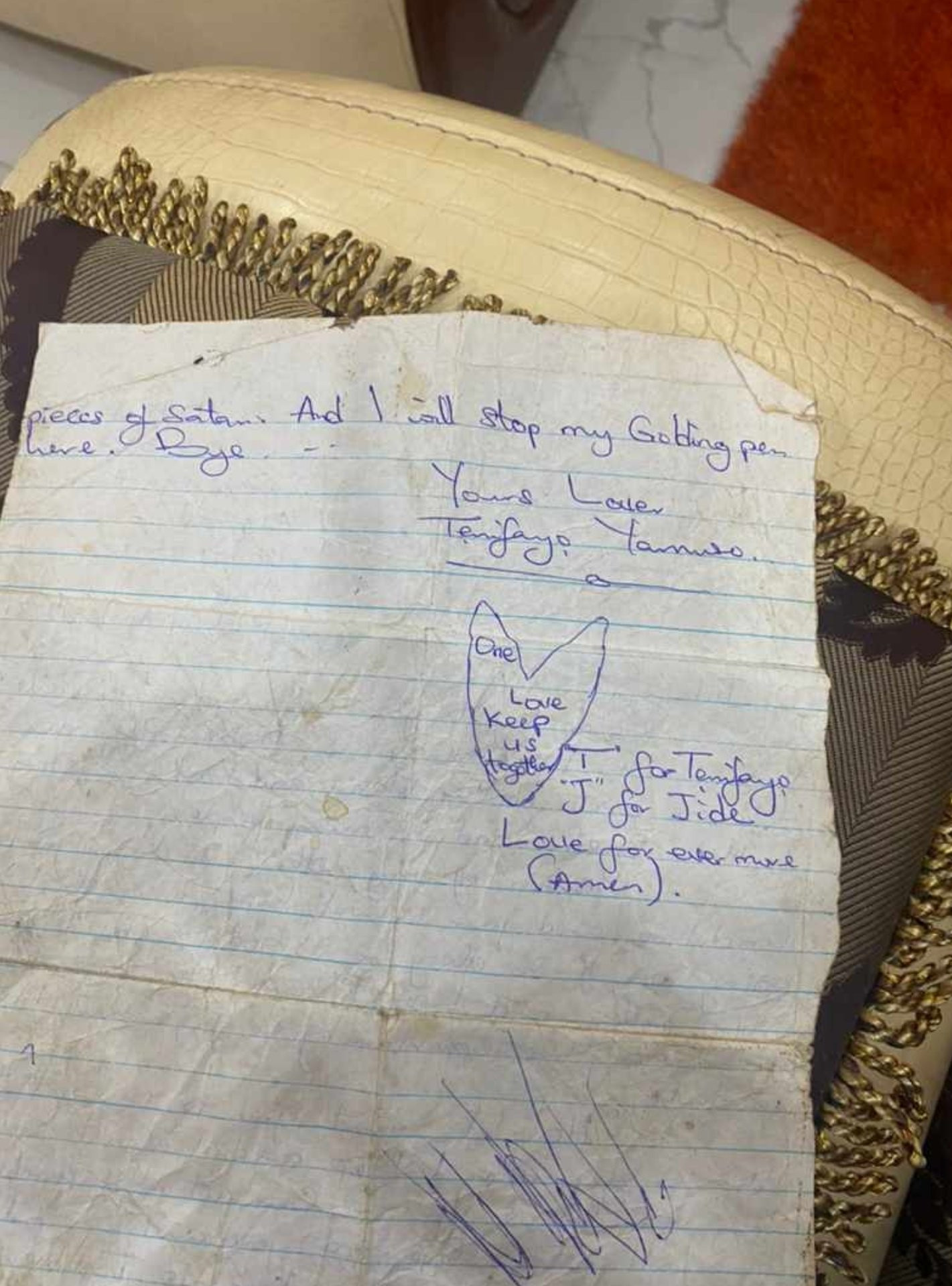