Home - Man marries lady who paid part of his N45,000 house rent when he was broke
Relationship

Man marries lady who paid part of his N45,000 house rent when he was broke 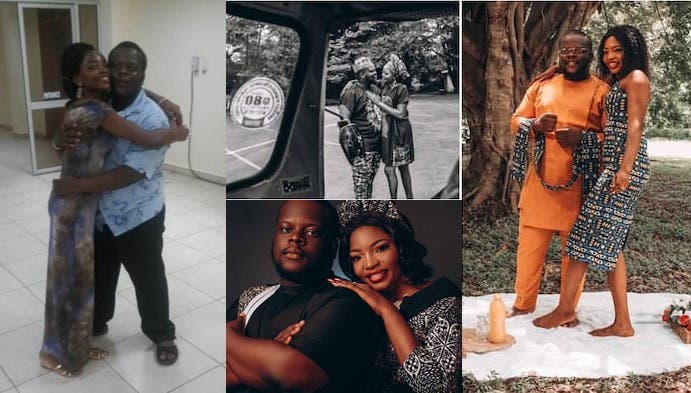 A Nigerian man identified as Adefolarin Daniel Adeboye, has shared the interesting story of how he met his wife, Janet Ifeoluwa Oyewunmi in 2016.

Sharing their love story on Facebook, he revealed that it all started when he began to promote his food business on WhatsApp. One thing led to another and they became good friends.

In the course of their friendship, the man ran into some financial constraints and unexpectedly the lady came through for him.

Read his full story below:

”We had just started @fandkmeals in 2016, and we desperately needed to spread the name, I was always posting Broadcast messages and sending to WhatsApp groups.

There was this particular group I sent a BC to, and few days later I saw that someone had reposted the earlier BC, I didn’t ask her to and I honestly didn’t know why she did, it was also a surprise because at that time not many people supported the brand.

I checked the profile to see who had just reposted, and I saw this beautiful lady, in my head “girl yi na o de bad o” I entered the DM to say thank you ma.

Few days later, we met physically and we had a long walk that ended with us telling ourselves we were never going to see again, we didn’t feel each other that much.

One way or the other, we continued being friends until we became more than just friends. The rest they say, is history.

This lady has been there through everything with me, from when I basically had nothing on me, till when she sent a part payment of my rent because I couldn’t afford a 45k room, and even till now. My girl never gave up on me.

I made you a promise Janet Ifeoluwa Oyewumi I said we were going to build an empire, now let’s get started officially.

I made you a promise, it’s time to fulfill this.

Thank you for your patience, your love, your believe, your support.

A perfect boyfriend is...