Bola Ahmed Tinubu has won the APC Presidential primary ticket, becoming the flag bearer for the party in the forthcoming 2023 presidential elections. 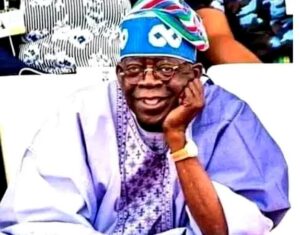 According to the results collated, Tinubu polled a total of 1271 votes.

As it stands, Tinubu will slug it out with Peter Obi of the Labour Party and Atiku Abubakar of PDP in the 2023 Presidential election scheduled to hold on February 25, 2023.

At the APC Presidential primaries, Tinubu told the delegates:

“I have the experience. I led the transformation of Lagos from a dangerous, unwelcoming place in 1999 to a clean, safe, and vibrant place and the 5th largest economy in all of Africa. I am a serious man with a serious purpose and I will use all that I know and all of my abilities to the benefit of the people.

I have the expertise. My record of corporate leadership, my financial expertise and my experience as an executive governor make me unique among the aspirants; giving me the requisite skills to accelerate progressive reforms that will change the face of the national economy,” the former governor said.

He further urged the delegates to choose a candidate that would be acceptable nationwide. Moreso, Tinubu stated that the flagbearer of the party must be a person to unite the country.

“As President Buhari has said, our party’s objective must be to triumph in next year’s election at all levels. The candidate you select must deliver victory in the national elections and have the personal gravity and national recognition to pull us to victory in state and local elections as well. He must instil a sense of victory and confidence.

“Moreover, the candidate must unite Nigerians of all walks of life, from all parts of the country. He must have the experience, leadership, knowledge, and extensive personal contacts to steer a diverse, complicated Nigeria through this challenging period in a dynamic world.

“The other candidates are all good men. But I sincerely believe I am the person this moment calls for.”

I’ll send you both to retirement – Moghalu to Atiku, Tinubu
Next Article