Two National Youth Service Corps members, Jennifer Awashima Iorliam and Joseph Zakaa as well as four others posed in a photo with their abductors before their release.

Remember some weeks back we reported that the victims were kidnapped in Tsafe Local Government Area of Zamfara State week ago.

The victims were later rescued on 26 October in a collaborative effort of the Benue State Governor, Samuel Ortom, Benue Links management, and their families.

In some pictures shows how the victims posed for a photoshoot with their kidnappers before they were released. 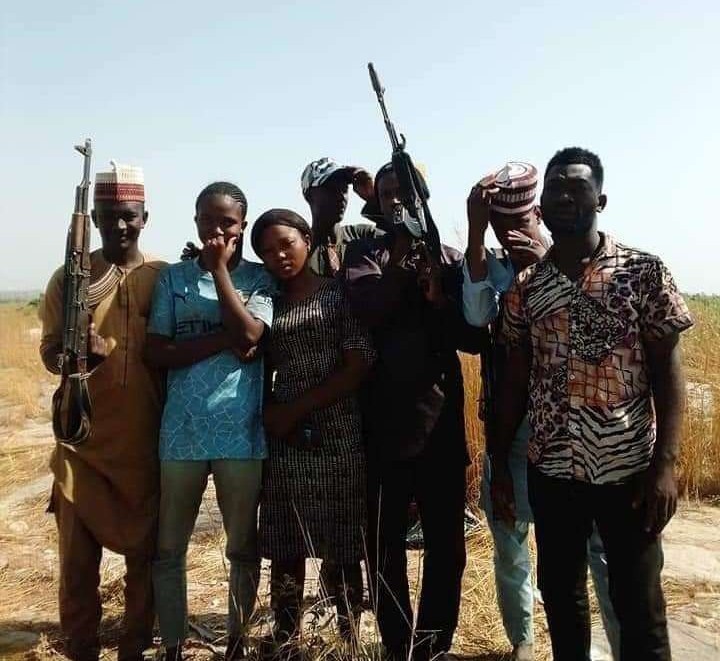 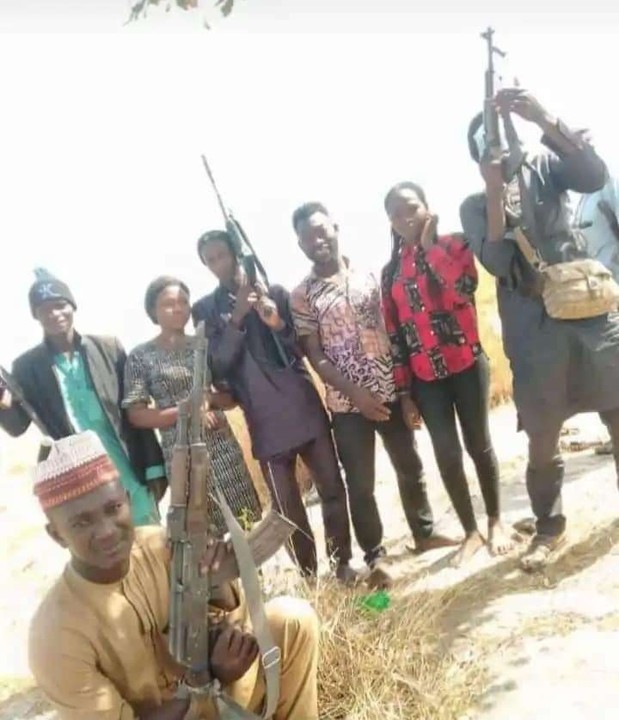