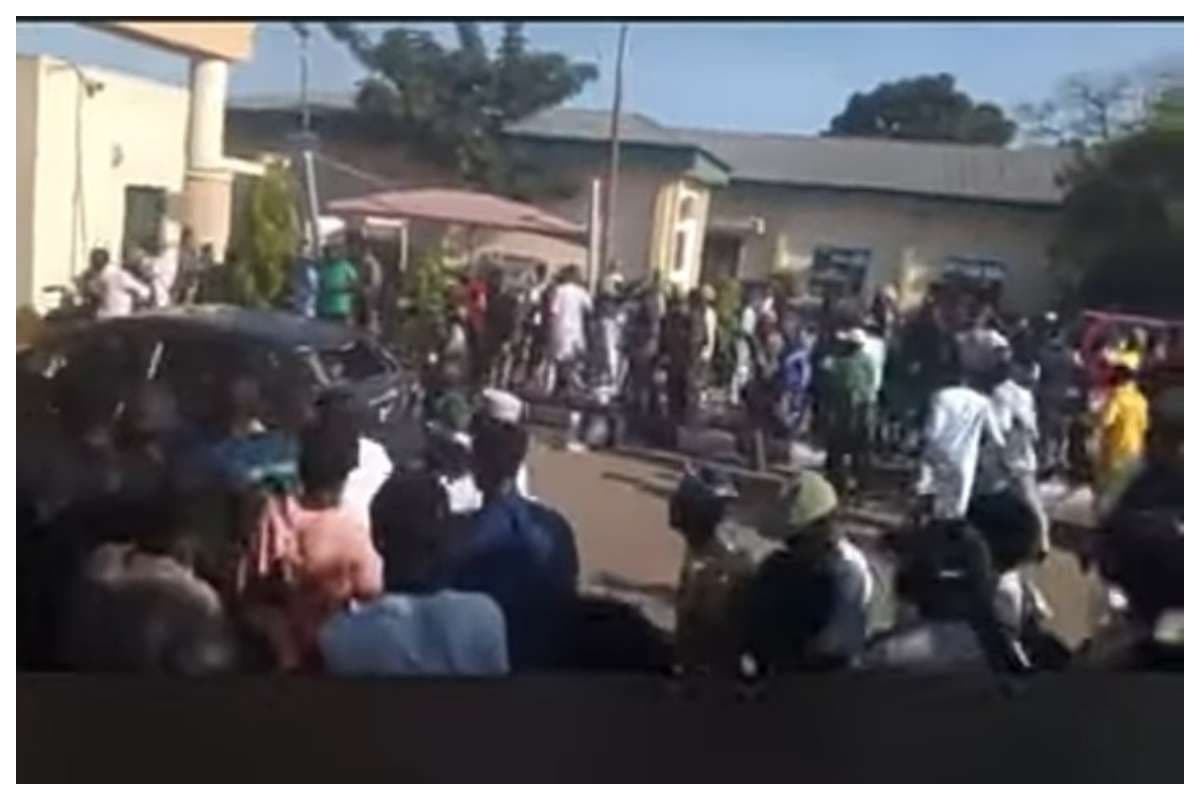 Kaduna State University, KASU, has suspended some of its students who fought cadets of the Nigerian Defence Academy, NDA, during the varsity’s matriculation of new students on October 12.

The university’s spokesman, Adamu Bargo, stated on Wednesday in Kaduna that the students beat up the cadets and damaged their car for making advances at a student’s female friend.

“The incident happened at the convocation ground where the cadets saw a female student hanging out with her male friend and one of them tried to collect her phone number, but she refused.

“When the cadets persisted, the male friend intervened and one of the cadets slapped him.

“The assaulted varsity student drew the attention of other students who descended on the cadets with stones and sticks.

“The cadets tried to escape in their Toyota (Matrix) car, but the students locked the school gates and pelted the vehicle with broken pieces of interlock bricks.

“One of the cadets who couldn’t get into the car in good time was severely beaten,’’ Mr. Bargo explained.

He stated that the incident was being investigated and, further disciplinary actions would be meted to forestall recurrence.

“Management will not tolerate any act of indiscipline as the university is a place where character and learning are taught,’’ he added.