Terhemen Anongo, a 44-year-old man from Gboko, Benue State, who fully castrated himself earlier this year, has stated that he now has peace of mind since the proceedure.

He had one of his testicles removed in March 2021 but opted to remove the other one in January this year.

Anongo, who spoke to reporters over the phone at that time, said he removed the second testicle because of his religious beliefs.

In a recent phone interview with PUNCH, he has now said the procedure has made his life more peaceful, as he is now focused on the Bible and less distracted by worldly things.

You know you will have a problem in Gboko if you do not have a girlfriend. You will have to go and sleep with prostitute and pay either N1,000 or N2,000, depending on the style you want.

“After that (sleeping with prostitute), you feel guilt, it was very bad and almost suicidal. Then, if I see a woman shaking her buttocks, I sometimes resorted to buying data and watching pornography on my phone. But now, the interest in these things is simply not there.

“There is no sexual urge at all. I can sleep perfectly now. I have a lot of peace in my mind, read the Bible and understand it.” 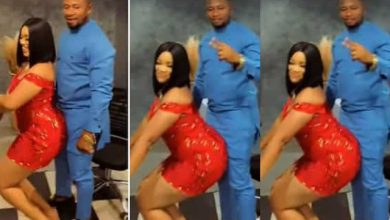