Davido’s baby mama , Larissa London who is also the mother of his second son, Dawson has reacted hours after Davido ordered the delivery of G Wagon to his lover , Chioma. 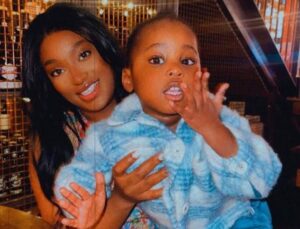 This is coming days after Davido confirmed that he would tying the knot with Chioma in 2023.

In her latest Instagram story, Larissa revealed that she was tired of what she was going through and she would reveal them to the public tonight  during her  Instagram live video by 7pm

“I have had enough”. 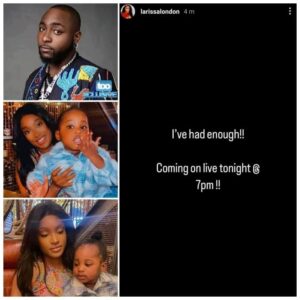