Veteran Nollywood actress, Chiege Alisigwe has called out a married man who wants to have a threes0me with her and his wife.

Taking to her verified Instagram page, the divorcee revealed that she has been rejecting the man’s awkward offer, yet he is insisting on having his way with her. 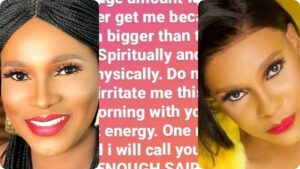 Chiege Alisigwe went on to send a strong warning to the man.

The actress told him to stop sending her messages as his “huge amount” will never get her because she’s bigger than that.

“Stop sending me messages. I am not, never have been and will never ever be into a threes0me. I will never be that type. I am a one man one woman person. Your huge amount will never get me because I am bigger than that. Spiritually and physically. Do not irr!tate me this morning with your dark energy. One more word and I will call you out. Enough said.”

“I don’t blame you! Because of the things you hear you believe everyone is same.

Try get to know God one on one and be delivered, you and your so called wife you claimed that wants it and you, wanting to Please her my f00t!! You claimed she likes me a lot and all she can think about watching me is 3some! REALLY?!!! GIVE ME MY RESPECT, I DESERVE IT! final warning”. 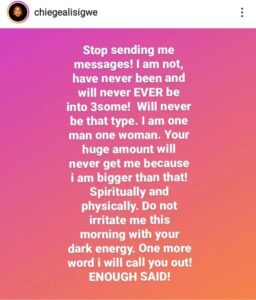 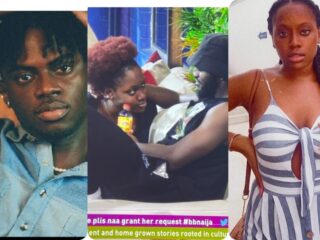 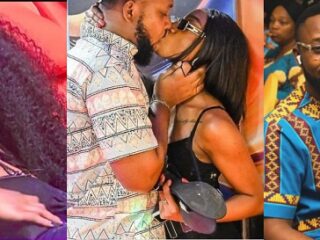