BBnaija star, Vee reveals she sacrificed her sense for love.

Vee, an ex-Big Brother Naija housemate, has gotten a lot of backlash after talking about herself and her relationship on social media. 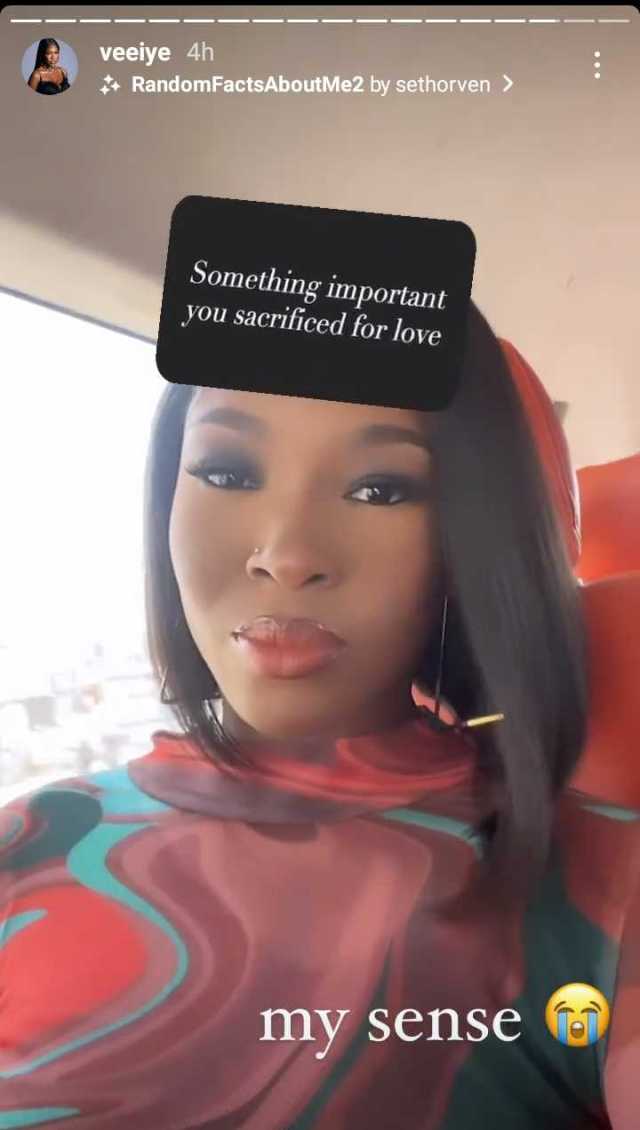 The reality TV actress, who allegedly ended her romance with ex-housemate and model Neo Akpofure for unknown reasons and hasn’t been seen with him in a long time, was asked to share the most significant sacrifice she’s ever made for love.

In response, the reality TV star and singer revealed that she has given up her senses for love.

Netizens have reacted to her claim in a variety of ways, with some criticizing her for publicly revealing her failed romance.

@mzyoyo wrote, “You make comments like this then when people ask you questions you will say it’s not our business  OK na”.

@msadahesther wrote, “I love her. Neo only wanted to use her to get green card. Neo that can lie for Africa and dude talks too much”.

@officialcynthiamitana, “Lols, she for just keep quiet. If a Man should insult* you back e dey pain o. No allow that guy talk abt u anyhow. And beside he knackd u well sote ur sense comotI don’t mean to be rude. Byeee byeee”.