An internet fraudster aka Yahoo Boy’s attempts to scam a white woman appears not to have gone as planned and he ended up insulting her for it. 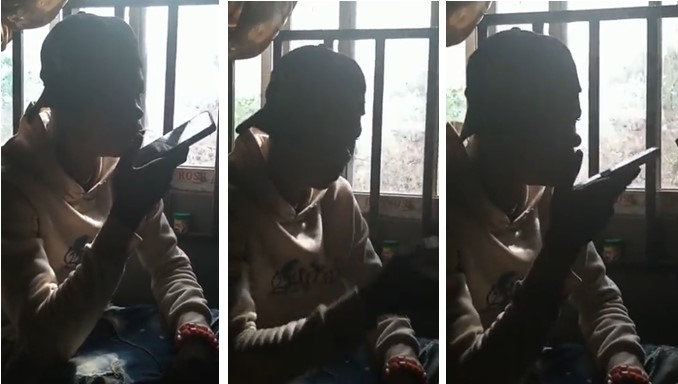 The moment he was speaking to the woman over the phone was captured on tape and he was visibly frustrated.

He could be heard lambasting her for refusing to invest in a company that contacted her for an investment.

The yahoo boy said that if the white client does not pay the company, she would never see good thing. He heaped curses on her while still referring to her as his love.