Nigeria U-20 women’s football team, the Falconets have advanced to the quarterfinals of the 2022 FIFA U-20 women’s World Cup holding in Costa Rica.

Having begun their campaign on a bright note with a win over France in the first group C game, Nigeria secured yet another victory against South Korea early Monday morning.

A late wonder goal from Esther Onyenezide earned the Chris Danjuma side a hard fought 1-0 win against South Korea.

Just like the their first game against France, the Falconets saw their fixture versus South Korea billed to kickoff at 9pm shifted to 10.15pm due to heavy rain.

The Falconets will face Canada in their final group game on Wednesday by 3am Nigerian time.

Meanwhile, Africa’s other representatives Ghana are om the brink of crashing out of the competition as they have lost their first and second games against USA and Japan respectively. Genuinely happy are not on social media
Next Article 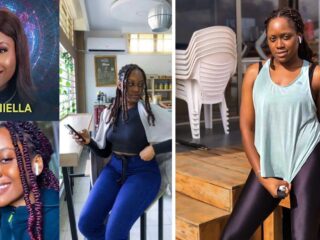