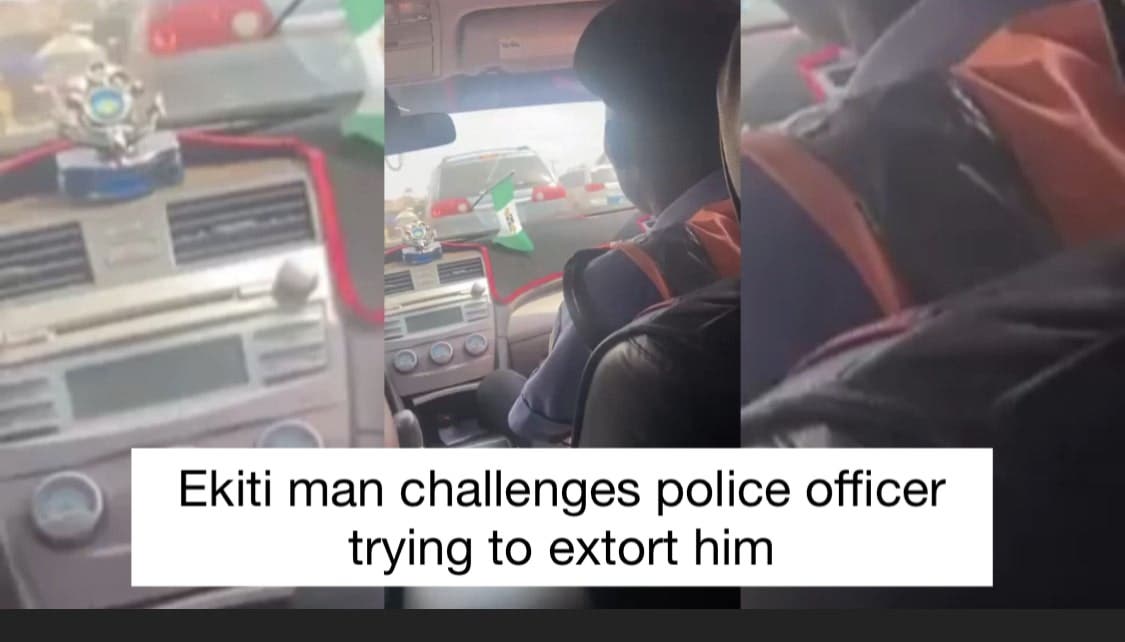 A viral video has shown the moment a young Nigerian man challenged a police officer trying to extort him.

The particular officer is well known in Ado-Ekiti for extortion and other illegal acts.

According to residents, the officer hides in strategic locations were “red line” historically use to be but have been washed off physically.

He would allow the drive park then storm their vehicles to extort them of cash ranging from N5,000 and above.

In this viral video, a young man can be seen challenging him, sighting that he has been scammed by him before. 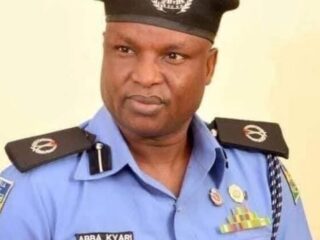