Three suspects were apprehended with over 1,000 Automated Teller Machine (ATM) cards at the Malam Aminu Kano International Airport in Kano, Kano State, by the Economic and Financial Crimes Commission (EFCC). 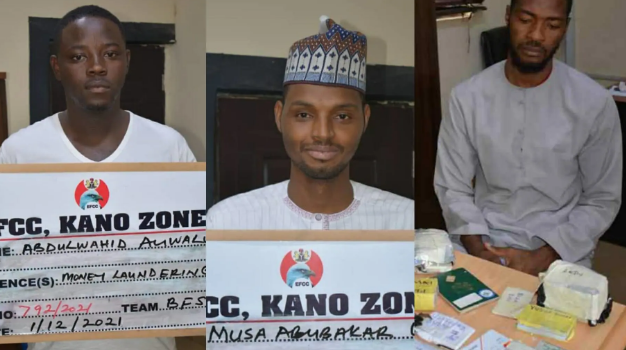 According to a statement released by the commission on Friday, the suspects were nabbed attempting to smuggle 1,144 ATM cards out of the country.

The arrest apparently happened between November 24 and December 1, 2021, according to Wilson Uwujaren, the commission’s spokesperson who made the statement.

According to the statement, the three suspects are Abdullahi Usman, Musa Abubakar, and Abdulwahid Auwalu.

Mr Abubakar was allegedly arrested on his way to Dubai, UAE, with 714 ATM cards hidden in his possession.