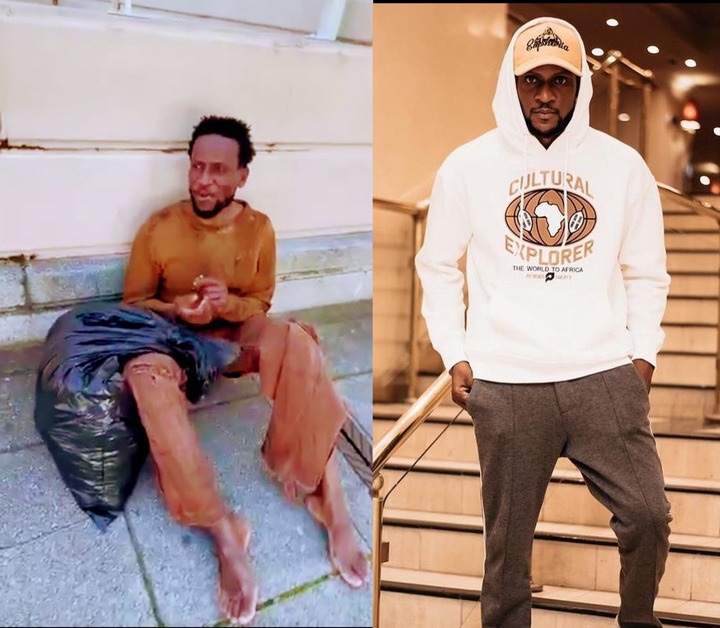 Big Brother Naija Star, Omashola Kola Oburoh, simply known as Omashola has got his fans and other people worried about him. A video of him shabbily dressed and seated on the floor in an unknown location surfaced on the internet a few minutes ago.

The video has got many people worried about the reality star. His colleague from the reality show, Ike Onyema showed concern for Omashola. He said ‘I just hope this is some sort of skit or movie, Shola. After seeing your last post, should I be worried? You haven’t been active on social media since your last post… call me!’

Ike said he has been trying to reach Omashola since his last post about two days ago on Instagram but he is not answering his call. He is also not sure if the video is from a movie scene or something happened to him.

About two days ago, Omashola hinted that he is battling depression and it is becoming overwhelming for him to bear. He posted a picture of an empty sheet of paper with tears on it. Omashola wrote that: “They say in your youth, depression is mostly peer pressure and the strife to not want to be left behind.”

“In old age, depression is a bucket full of regrets and it is worse than the former. Thank God I’m still young but plenty pleasure man dey face… but right now ehn, only God fit understand… I am lonely in a world surrounded by people. Trying to keep my cool but slowly reaching my breaking point”. 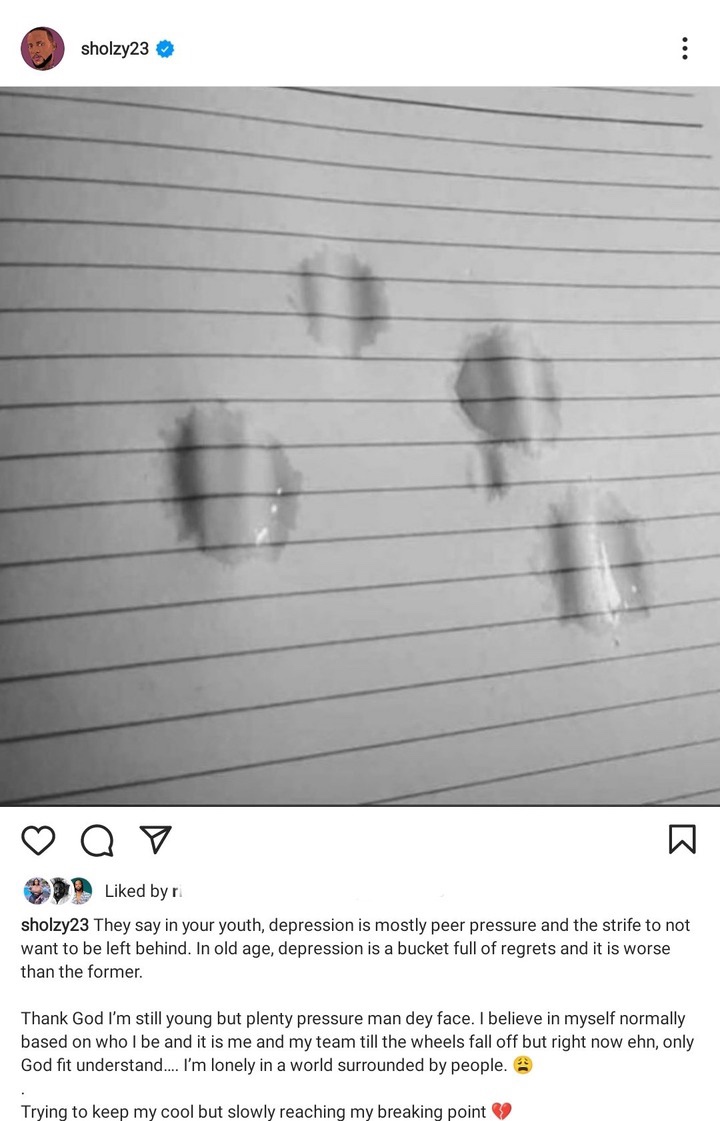 Omashola has not been active on social media since this post were cried out that he is lonely in a world surrounded by people and he was slowly reaching his breaking point.

The video of him that just surfaced on the internet has now triggered many people’s worry for him. He was looking tattered and seated on the floor in the video which is quite unusual of him.

Also, the fact that his colleague, Ike said he has not answered his calls since he posted that disturbing message on Instagram a few days has amplified many people’s worry for Omashola. Many people have shown concerned their concern for him.