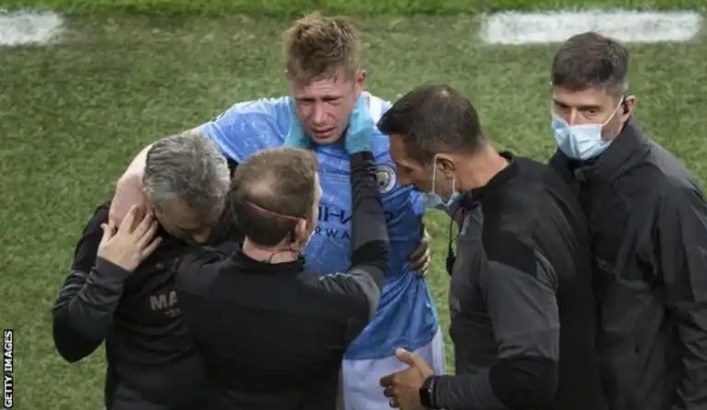 The 29-year-old was replaced in the 60th minute by Gabriel Jesus after a collision with Antonio Rudiger.

“I feel OK now. Still disappointed about yesterday obviously but we will be back,” he tweeted.

De Bruyne was named in the Belgium squad for Euro 2020, with his country’s first game on June 12 against Russia.

There are no indications yet whether the midfielder will be fit for the match in St Petersburg or if his injuries threaten his participation in the rest of the tournament.

City lost the final in Porto against Chelsea thanks to Kai Havertz’s 42nd-minute goal.

Rudiger took to Twitter on Sunday afternoon to reveal he had been in touch with De Bruyne to wish him well.

“Of course this was not intentional from me – I’ve already been in touch with Kevin personally and I really wish him a speedy recovery and hope we can see him back on the pitch very soon again.” 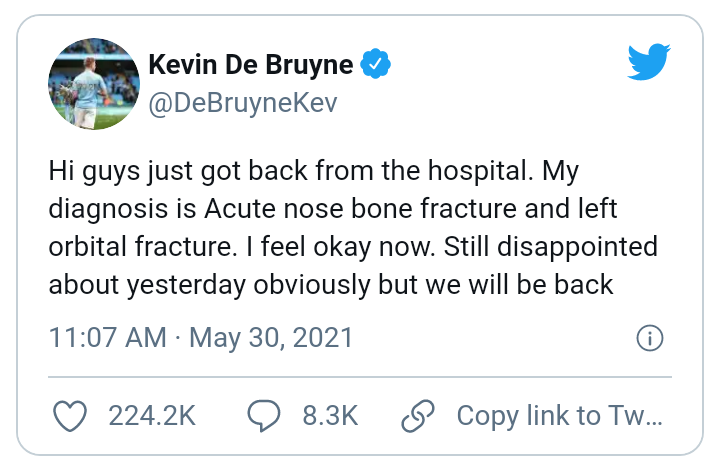 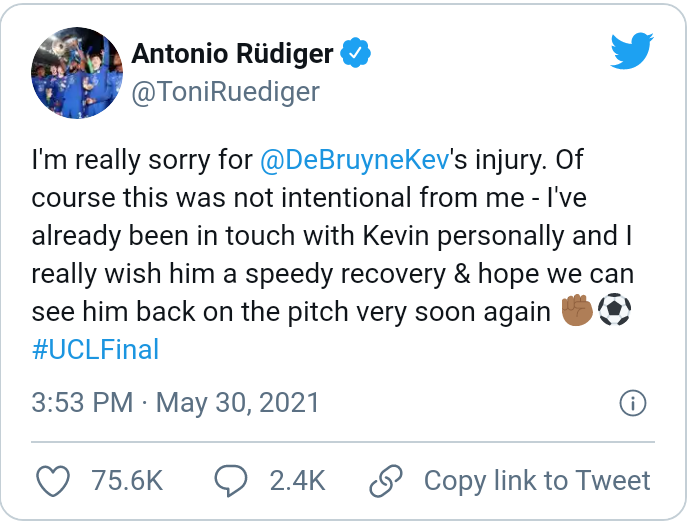