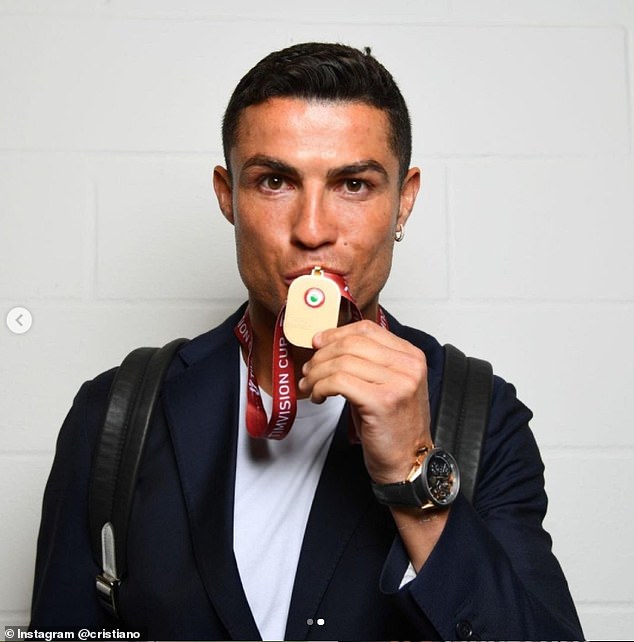 Cristiano Ronaldo has further stoked the flames of speculation regarding his Juventus career by issuing a lengthy, cryptic statement on social media in which he reflects on failed title bid and the achievement of his personal goals.

For weeks Ronaldo has been linked with a Turin exit, which was intensified recently when the 36-year-old had each of his luxury supercars professional transported away from his mansion under the cover of darkness.

It took victory on the final weekend of the season – and for rivals Napoli to drop points – in order for Juve to finish in the top four by the skin of their teeth and secure Champions League football for next season.

Despite this, however, Ronaldo is poised for showdown talks with the club after which he could opt for a final spell elsewhere for the final years of his football career. The Instagram statement, issued on Tuesday night, has only served to keep tongues wagging.

In the cryptic 373-word address, Ronaldo wrote: ‘The life and career of any top player are made of ups and downs.

‘Year after year, we face fantastic teams, with extraordinary players and ambitious goals, so we always have to give our best to keep ourselves at excellence levels.

‘This year we couldn’t win Serie A, congratulations to Inter for the well-deserved title. However, I have to value everything that we achieved this season at Juventus, both in collective and individual terms.

‘The Italian Super Cup, the Italian Cup, and the Serie A Top Scorer trophy fill me with happiness, mainly due to the difficulty they carry with them, in a country where nothing is easy to win.

‘With these achievements, I reached a goal that I had set myself since the first day I arrived in Italy: to win the Championship, the Cup and the Super Cup, and also to be Best Player and Top Scorer in this great football country filled with tremendous players, giant clubs and very own football culture.

‘I’ve already said that I don’t chase records, records chase me. For those who don't understand what I mean by this, it’s very simple: football is a collective game, but it is through individual overcoming that we help our teams achieve their goals.

‘It is always looking for more and more on the field, working more and more off the field, that records eventually emerge and collective titles become inevitable, some being the natural consequence of the other. 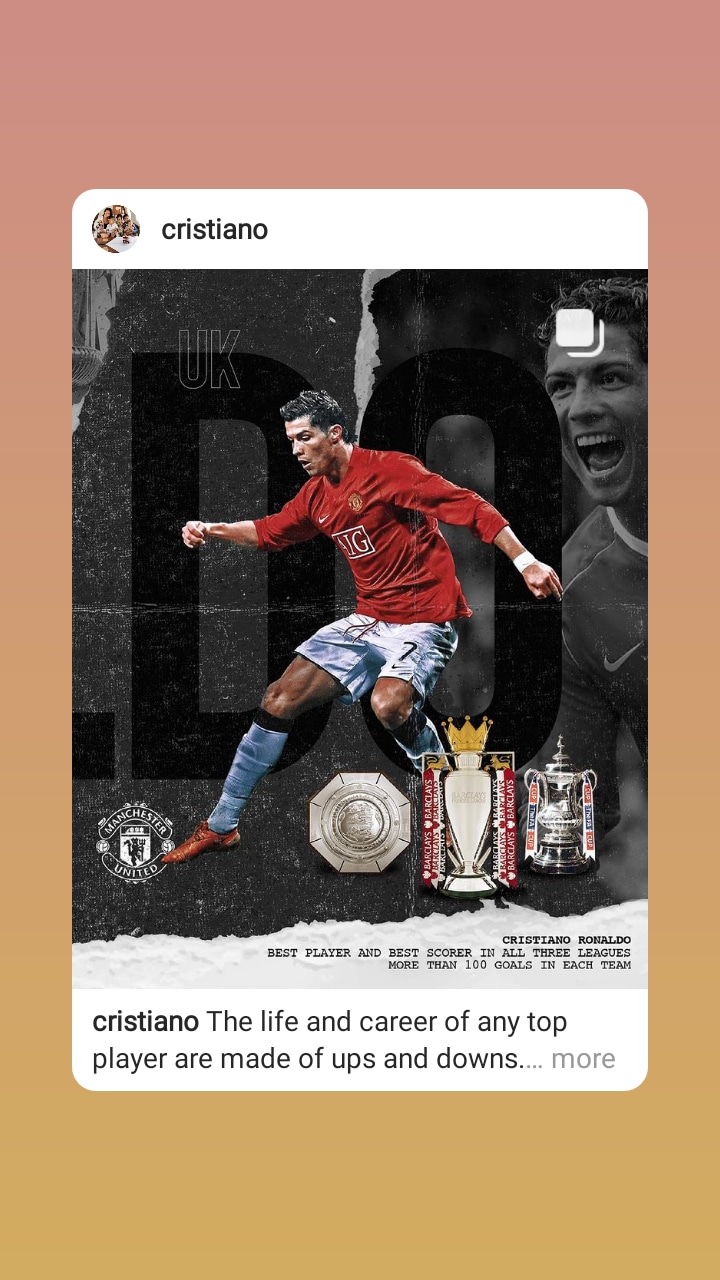 ‘Nothing compares to the feeling of knowing that I’ve left my mark in the countries where I’ve played and that I gave joy to the fans of the clubs I represented. This is what I work for, this is what moves me and this is what I’ll always keep chasing for until the last day.'

It was the final sign-off of the post, however, which saw many people left with lingering questions, as Ronaldo issued an open thanks to all those who had been part of the ‘journey', suggesting something was perhaps coming to an end.

He added: ‘Thanks to everyone who took part in this journey! We stand together!' 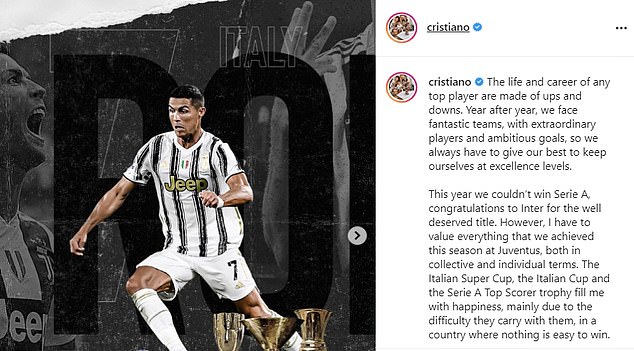 In response, many fans were left sharing a similar opinion that Ronaldo was effectively outlining a goodbye message. One user responded by accusing the Portuguese ace of wanting to flee ‘a sinking ship.'

The football world was left shocked on Sunday when Ronaldo was sensationally dropped to the bench by under-fire manager Andrea Pirlo for Juve's crucial season-ender with Bologna.

The Portuguese talisman, who finished the season with 29 goals – five ahead of Romelu Lukaku – to win the Golden Boot, did not even get onto the pitch as Juve took a 4-1 victory.

Goals arrived courtesy of Federico Chiesa, Adrien Rabiot, and an Alvaro Morata brace as Juve finished the season on a high. Napoli's 1-1 draw with Hellas Verona meant a Champions League place was sealed by just one point.

Ronaldo, who is Juve's top-earning star, is contracted until next summer though the club's chief football officer, Fabio Paratici, has already said a new deal is ‘not on the agenda.'

The 36-year-old has been linked with a host of clubs in recent weeks, including emotional returns to either his boyhood club Sporting Lisbon or an Old Trafford swansong with Manchester United.

French giants Paris Saint Germain have also been mooted, with Ronaldo's, said to be considered as a stopgap replacement for wanted star Kylian Mbappe. 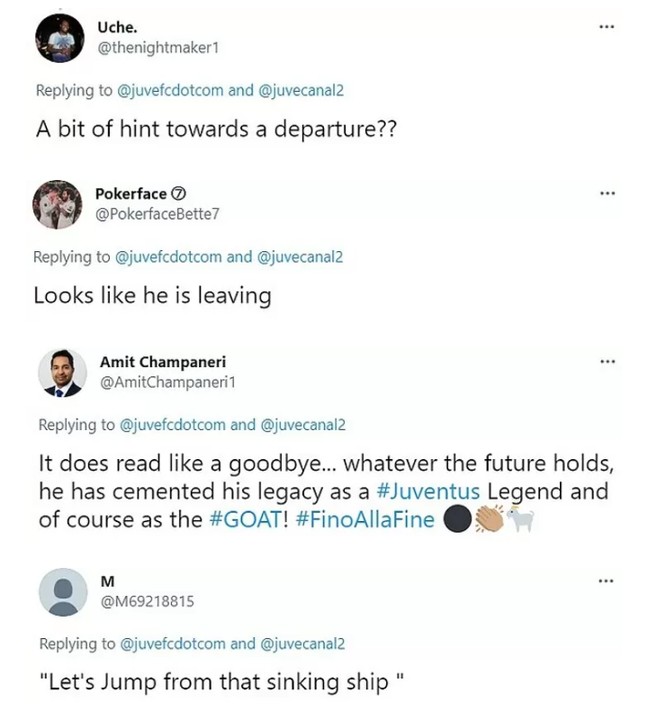