Charley Boy, has mocked Ooni of Ife, Oba Ogunwusi, over the crash of his marriage to Olori Naomi. 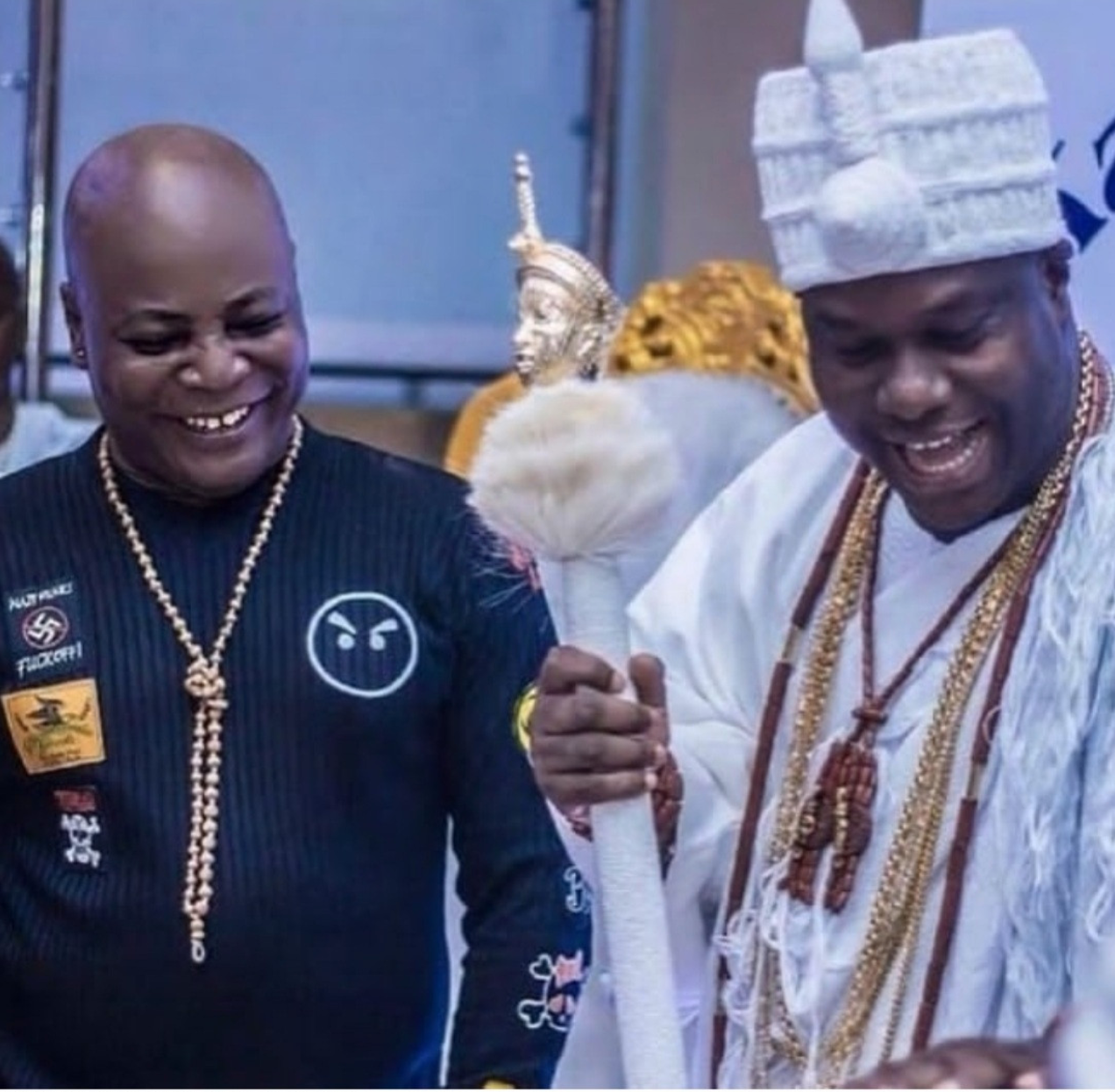 The Queen had taken to Instagram to announce her divorce from the popular Yoruba monarch.

In the post which came as a shock to many, Olori Naomi stated that she was no longer a slave to perfection, adding that she tried her best to make the marriage work but all to no avail.

Charley Boy, while reacting to the turn of events on social media queried the monarch for having two failed marriages within a short period of time.

Alongside a picture of him with the Ooni of Ife, Charley Boy wrote: “See this my fine bobo, how come e be say in less than two months two of your wives have divorced you and ran away from your kingdom.

“To add salt to injury Na for Instagram them divorce you. Truly all that glitters is not gold.”