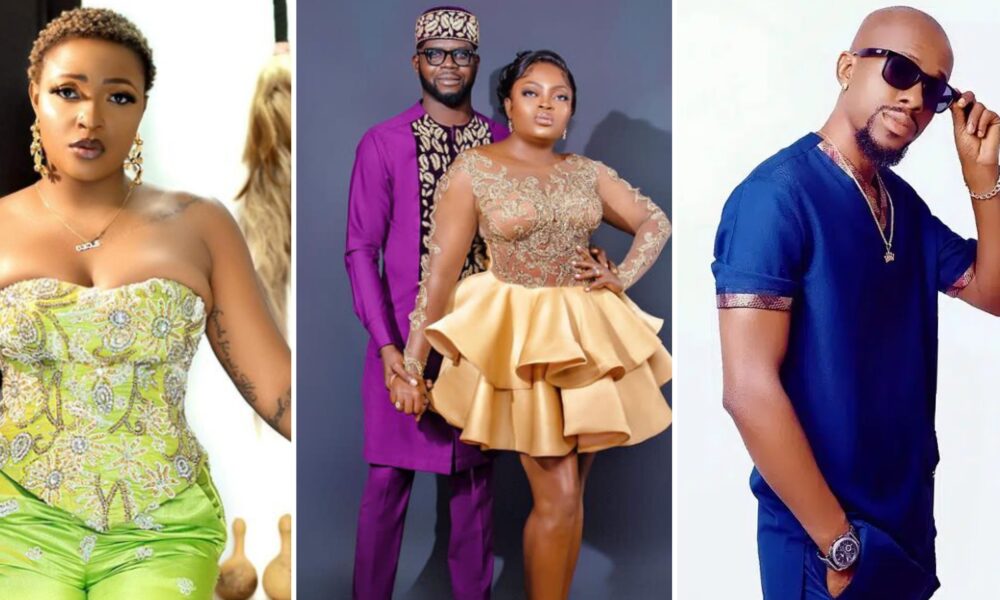 This happened after JJC Skillz announced the end of his marriage to Nollywood actress Funke Akindele.

She added that men who are not up to the challenges and obligations demanded in marriage feel belittled when a woman accepts the role of the man and begins to shoulder the family’s responsibility.

In her words:
“You say never marry a woman who has made it yet you men Say you want independent women. Respect has nothing to do with wealth it’s an inbuilt character.

You said never marry a social media freak but you men want to benefit and enjoy the same privilege. I have said it so many times that there is a difference between a man and a boy.

Boys like to relax and push blames, the only thing that functions is their manh00d, they hate responsibility. While men understand responsibility and carry it on their shoulders.

A lot of boys with manh00d who can’t handle responsibility yet get intimidated when a woman who Carries it. Many of u men are not looking for women marry but looking for door mats in disguise of born again to intimidate.

It is always the successful woman who takes the blame in Africa once a marriage goes down . Na bad thing to hustle like man ? If we no hustle then still call us gold d!ggers . Men need to sit up and think, what else can u give a woman apart from money ?? Many men can’t give anything that is why it is difficult for most of them to stay with successful women . Enough of this women women women. Men it’s time to look inward.” 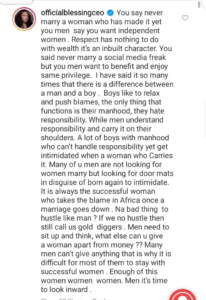 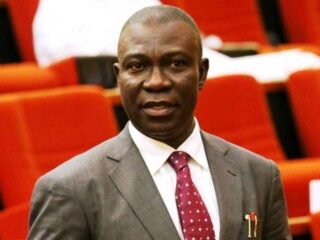 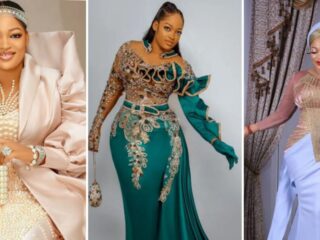