Big Brother Naija level up housemate,Cyph has opened up about his relationship with Doyin.

The reality tv star opened up about his relationship with Doyin in an interactive session he had with his fans on his Instagram page.

He said he sees Doyin as an amazing and great woman.

Also , he said himself and Doyin are cool with each other and they both have a good friendship.

It can be recalled in a recent interview with Glitch Africa, Doyin revealed she had spoken with Cyph and the both of them have a good friendship.

About seeing her with Chizzy, he said he does not feel bad about it stating that happiness is free.

” I see Doyin as a great and amazing woman”.

“The both of us are good with each other”.

“I don’t feel bad anytime I see her with Chizzy because happiness is free “. 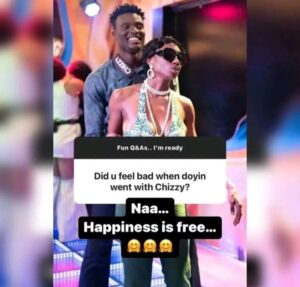 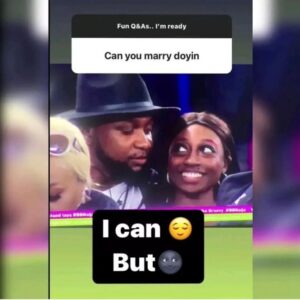 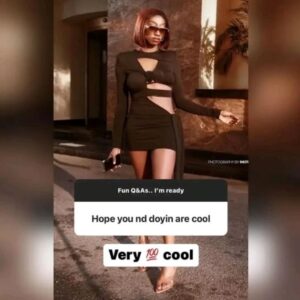 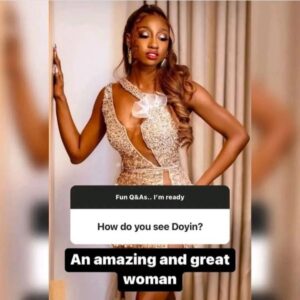 The post Bbnaija Cyph Finally Opens Up On How He Feels Seeing Doyin With Chizzy appeared first on MoMedia.