Big brother naija housemate, Bryann, has advised his co-housemate and friend Daniella after she confided in him about Intimacy with Khalid. Recall that Daniella and Khalid have been cuddling  frequently since Saturday night party, they were also intimate with one another few nights ago. 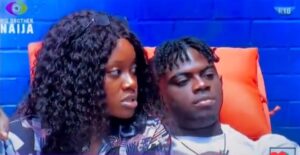 While relaxing in the garden, Daniella told Bryann that herself and Khalid have become very close, spending intimate moment with each other. In response, Bryann asked her if she likes him, she replied in the affirmative , then Bryann told her as far as they love each other, they can do whatever they want to do.

Watch the VIDEO below:

Few days ago, BBnaija Level Up housemates  revealed who they are really attracted to.

They revealed this during a secret diary session in week 1.

Bryann, Cyph and Kess said they are all attracted to Daniella.

Groovy shocked his shippers after he revealed that he is attracted to both Beauty and Ilebaye.

Hermes said he is attracted to ChiChi.

Where yall watching the secret diaries?

So nobody draw Amaka 😂😂😂

Told ppl Daniella is d most Beautiful lady in that house,ThankGod no be only my eyes dey see😂…

ALSO READ; Bbnaija Bella Reveals What Beauty Said About Relationship With Groovy After The Show & Plans For Sheggz (VIDEO) 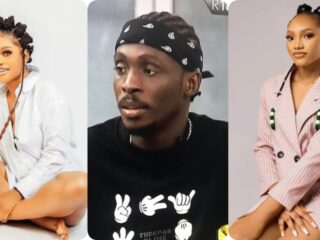 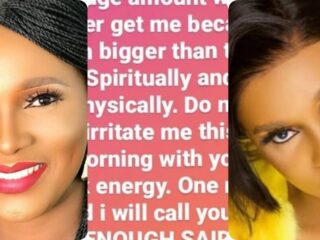