Reality TV star, Eloswag,  has made shocking revelation about his fame before his audition into in the Bigbrother Naija reality show. 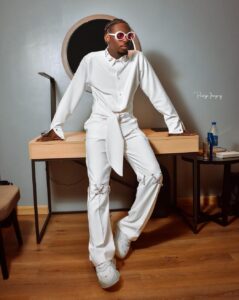 He made this revelation during the live session he had with his fans and followers on Instagram. Eloswag bragged about being popular even before he went on the reality show.

According to him, the fame thing doesn’t move him and he didn’t go to the Bigbrother house because of anybody rather he went there for himself.

Speaking about his fame, Eloswag said all his colleagues didn’t blow before him, he said he had a Fanbase before Bbnaija and asked his followers to check his YouTube channel to verify, he claimed to have 4 million YouTube views and doesn’t need any hashtags to trend.

While he was still on live session with his followers, the reality TV star was asked the whereabouts of Sheggz and Bella, he responded that they are actually doing good and will Hype them because they are his guys.

Watch the video below: